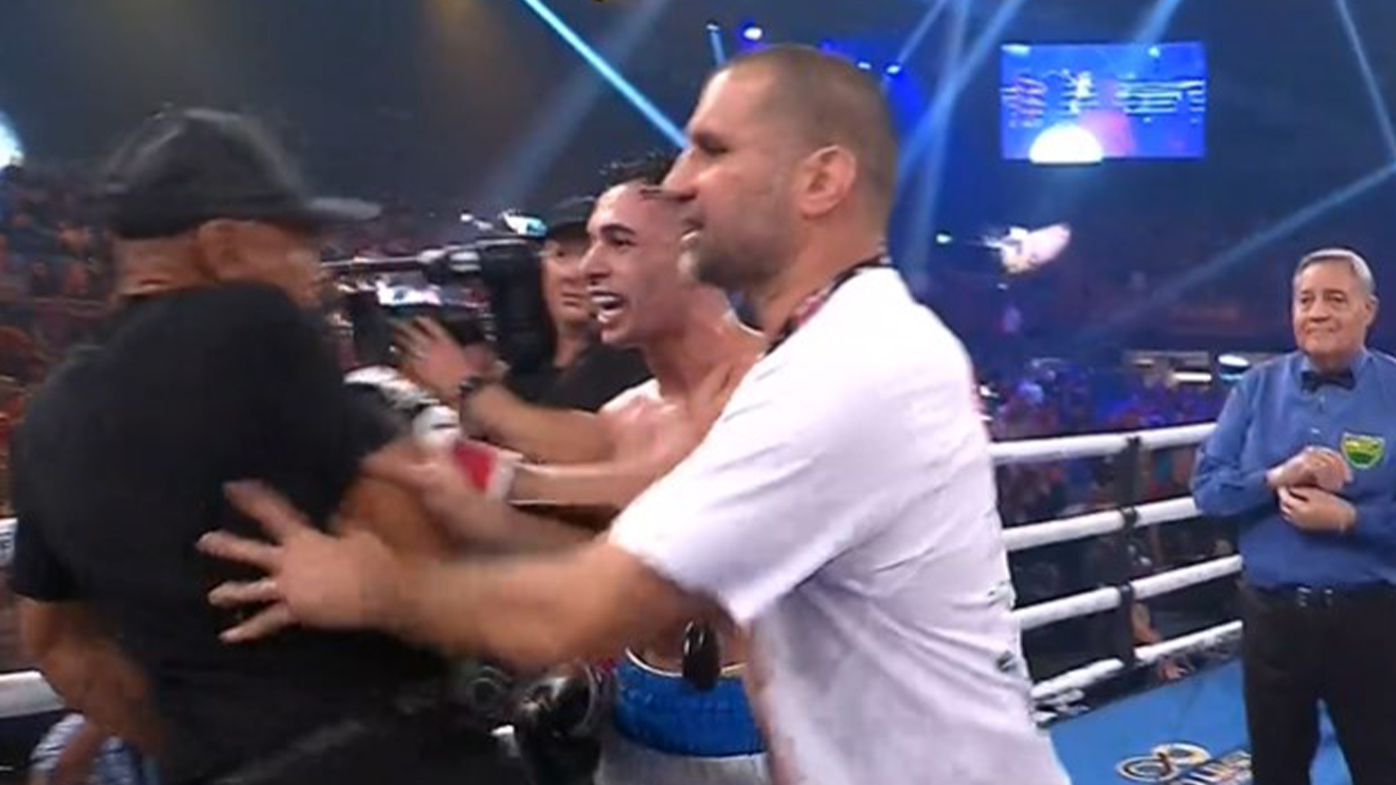 The most spiteful fight on the Newcastle card went the distance, but many were left wondering if even six rounds were enough when a scuffle broke out after the bout.

Hassan Hamdan defeated Trent Girdham by unanimous decision, fighting back from a first-round knockdown to record a stirring comeback win.

Girdham's corner was furious in the final round, screaming at the referee to disqualify Hamdan for a throw, which resulted in their fighter rolling out of the ring.

AS IT HAPPENED: Gallen beaten in brutal 10-round epic, floats retirement

The pair almost came to blows at Tuesday's weigh-in, and had nothing nice to say about the other in the lead-up.

They shared an embrace after the final bell rang out, but not so much when the scores were announced.

A seething Girdham stormed out of the ring as Hamdan tried to reconcile, leading to the winner screaming "f–k you" a couple of times as the two camps had a melee.

"If he shook my hand there I would have given him all the rap in the world," Hamdan said in the in-ring interview.

"I'm a little disappointed Rodney and these guys… if they thought their fighter won the fight there's something wrong with them," Fenech said.

Your AEW Double Or Nothing preview