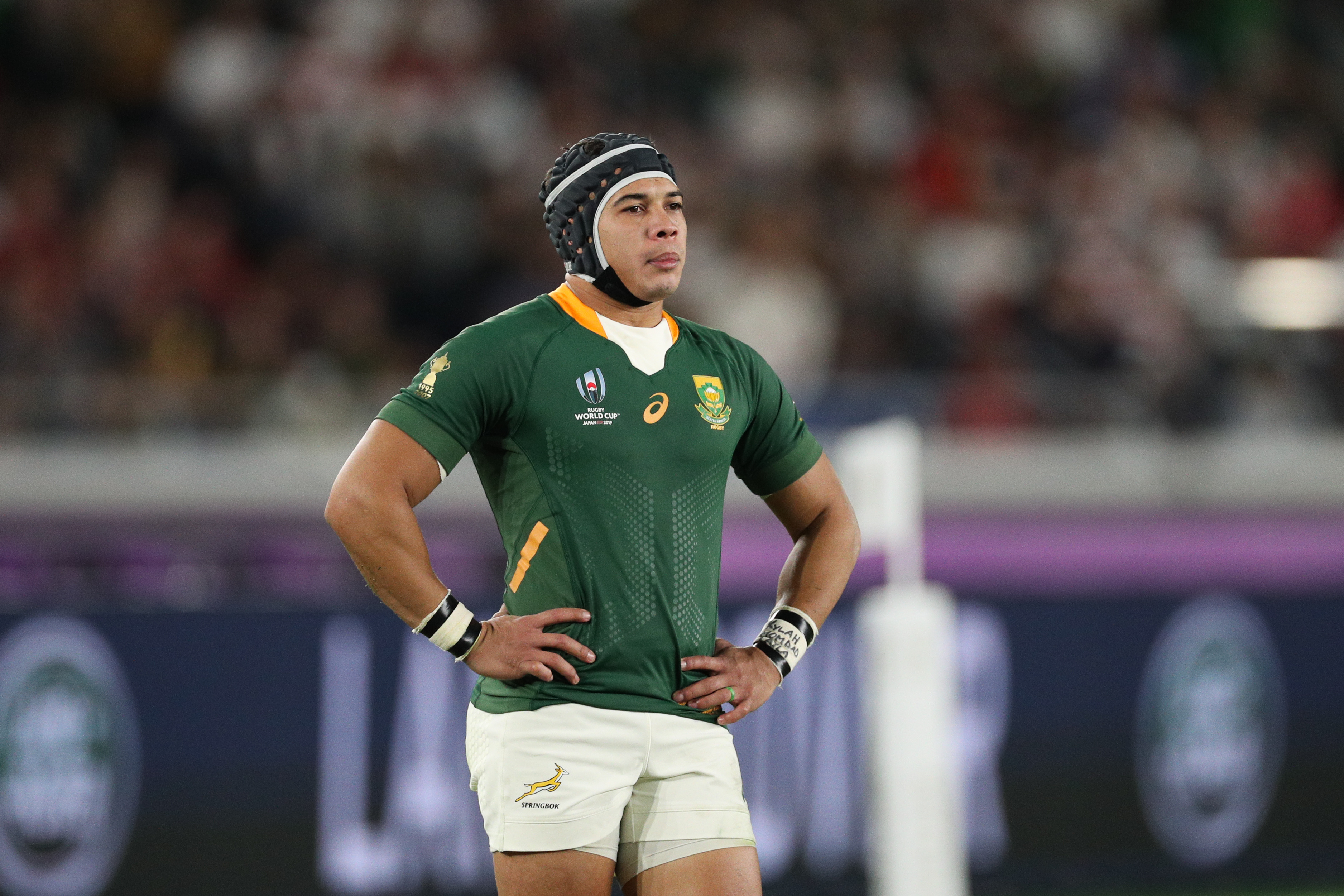 No.8 Duane Vermeulen will return from injury to start for world champions South Africa but winger Cheslin Kolbe is out for the first of back-to-back Tests against Australia in the Rugby Championship on Sunday.

Vermeulen hasn’t played for the Springboks since the 2019 Rugby World Cup final and missed the British and Irish Lions series to have surgery to fix an ankle injury he sustained just before that series.

Kolbe was injured in training and was replaced by Sbu Nkosi on the right wing.

Stan Sport is the only place to watch every match of The Rugby Championship, continuing this Sunday with All Blacks vs Argentina and Wallabies vs South Africa – live, extended and ad-free from 4.45pm AEST. Start your 7 day free trial here!

Springboks coach Jacques Nienaber picked his strongest tight five and also named six forwards on the bench — three of them loose forwards — in a 6-2 split that once again emphasised South Africa’s preference for its big men to get the job done.

In all, Nienaber made 13 changes to the 23 that beat Argentina in South Africa’s last game in the championship last month, seven in the starting 15.

South Africa beat Argentina twice to start its championship campaign while also resting some of its frontline players following a bruising Lions series.

Australia has lost three successive games against New Zealand, two of them in the Rugby Championship.

Vermeulen’s return against the Wallabies on the Gold Coast was the biggest change as the Boks prepared for their first overseas Test since the World Cup final in Japan in November 2019.

Vermeulen was man of the match in the final.

“He’s an experienced player, he’s been there before, he almost knows the shortcuts,” Nienaber said.

“I can’t wait for him to get back onto the field. He also can’t wait.”

De Klerk missed the decisive Test in South Africa’s series win over the Lions and both games against Argentina with injury.

Other than Nkosi in for Kolbe and Franco Mostert continuing to stand in for Pieter-Steph du Toit at flanker, South Africa is at full strength for a Test billed as a clash of styles between the Springboks’ forward power and tactical kicking and Australia’s preference to move the ball wide.

It’ll be the first time the Springboks have played in front of a crowd for two years because of the pandemic.

“Australia pose a strong threat with their running rugby and they like to keep the ball in play,” Nienaber said.

“They will also be playing in front of a charged up home crowd, so it will be good to have these experienced players back as they know what it takes to perform in big matches.”

The South Africa-Australia Test follows straight after New Zealand’s game against Argentina at Cbus Super Stadium on the Gold Coast.

The final eight games of the four nation Rugby Championship will all be played in Queensland and as double headers at the same stadium due to COVID-19 travel restrictions.

The Wallabies will name their team on Friday.