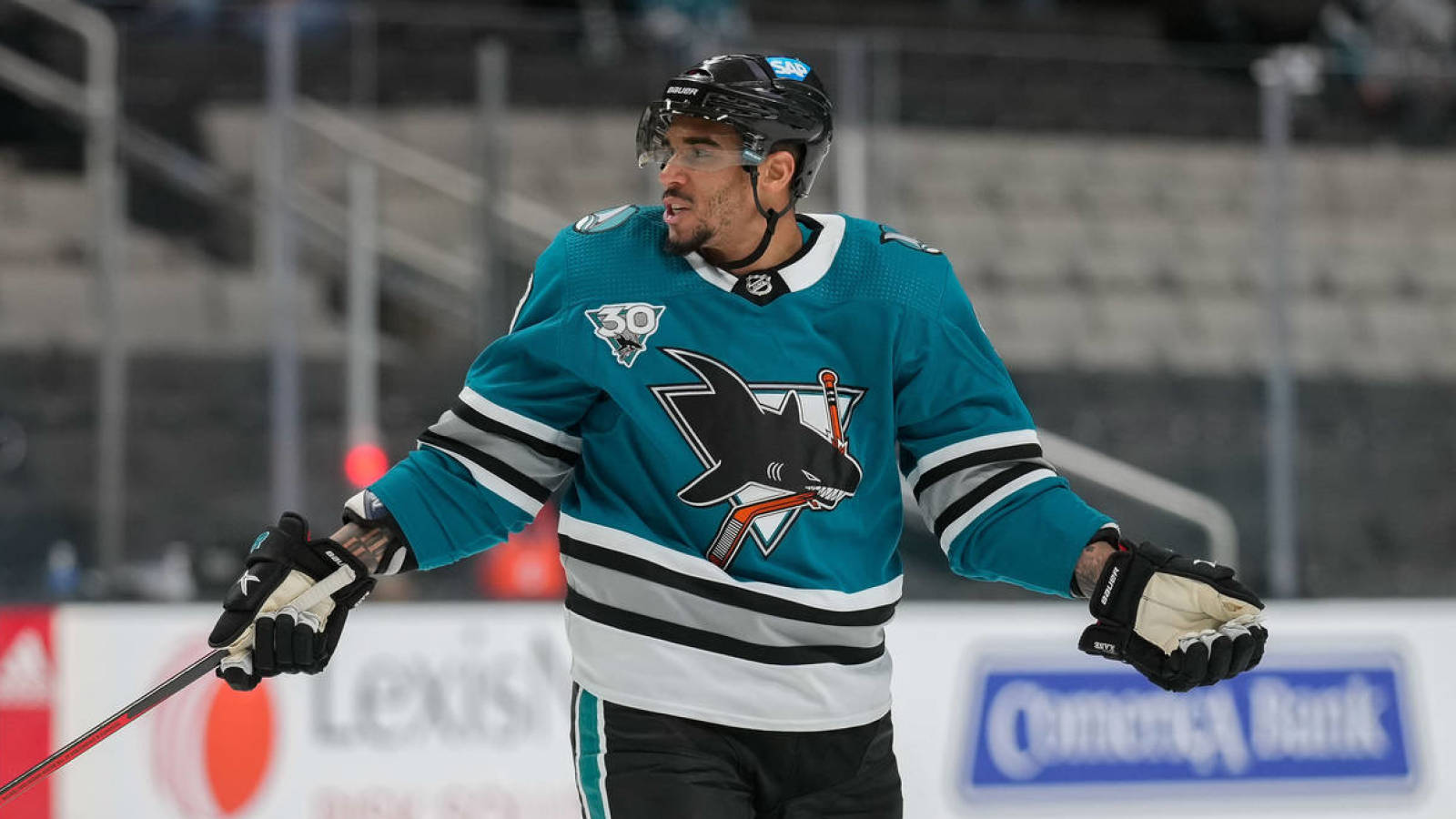 San Jose Sharks forward Evander Kane was granted a temporary restraining order against his estranged wife after claiming she punched him in the face multiple times and, at one point, swung their baby girl around during an argument.

The court filings reported by TMZ are the latest development in the divorce between Kane and his wife.

Kane detailed four instances in which his wife allegedly became physically abusive with him from 2019 to 2021. During the first alleged incident, Kane’s wife hit him seven or eight times in the face following an argument, according to the court documents.

She hit him again after two arguments in October 2020 and April 2021, Kane claims. Another incident occurred in July 2021, when his wife allegedly pushed him and tugged on a bag over his shoulder as he tried to get away from her.

Kane’s wife filed for divorce last month and accused him of betting on his own NHL games to win money and abandoning her and their one-year-old daughter to party in Europe. She also claimed she did not have enough money to take care of their daughter and that Kane asked her to sell her wedding ring to survive.

Kane denied the allegations, calling his wife “mentally unwell,” adding that he would always take care of his daughter.

The 30-year-old’s struggles financially have been well documented over the last several years. He was sued by a Las Vegas casino in 2019 for failing to repay a $500,000 gambling debt and he filed for Chapter 7 bankruptcy in January after reportedly being $27 million in debt.

Kane has spent the last four seasons with the Sharks and signed a seven-year, $49 million deal with the franchise in 2018.