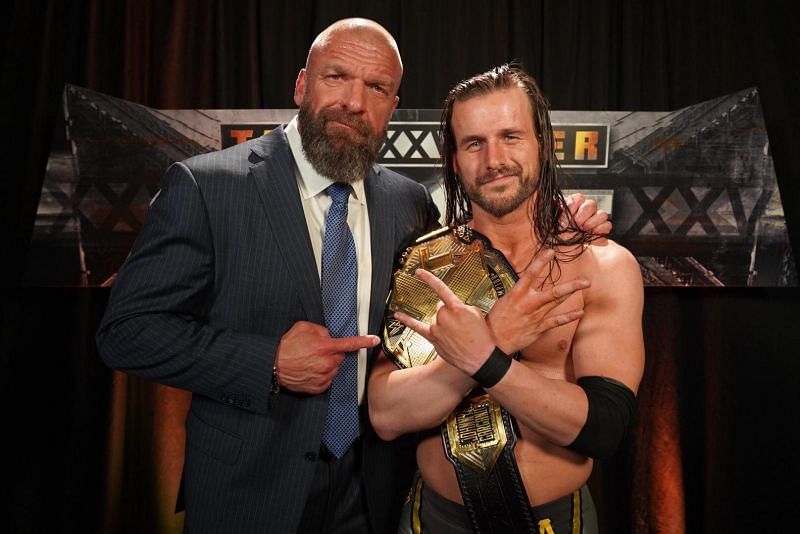 For a long time, Adam Cole was the face of WWE NXT and is probably one of the greatest superstars the black and gold brand has ever seen. The former NXT champion had nothing but positive things about WWE and Hall of Famers, Triple H, and Shawn Michaels.

While speaking on Busted Open Radio, Adam Cole stated that his dream was to work in WWE, and he’d had “amazing experiences” there. He was especially pleased to get the opportunity to work with Shawn Michaels and Triple H.

“I am so thankful for those four years. Again, when I was nine years old, my dream was to work for the WWE, and I got to do that for four years. I had so many amazing experiences, you know, I got to work alongside Shawn Michaels for four years, and develop a wonderful relationship with him, I mean, that was one of the absolute highlights of my time there. Again, Triple H was wonderful, that locker room was wonderful, those fans were wonderful. I learned so much there, and I got so many really cool experiences. So there’s not even a small part of me that was angry or upset in any way with the WWE. I had a really, really wonderful time, and I wouldn’t have changed it for the world,” said Adam Cole.

Adam Cole had a great career in WWE

Adam Cole won all three titles in NXT, making him the second Triple Crown Winner in the brand’s history.

While the Panama City Playboy was the inaugural North American Champion, his run with the NXT Title made him the brand’s face. He currently holds the record for the longest title reign with the top prize on the black and gold brand. In 2018, he won the Dusty Rhodes Tag Team Classic alongside long-time friend Kyle O’Reilly.

Adam Cole led the Undisputed Era, the most dominant faction in NXT history, and won seven WWE year-end awards. He will leave a huge void in WWE, but AEW has a gem on their hands.

QT Marshall told us why his storyline with The Bunny was dropped. Check it out right here.