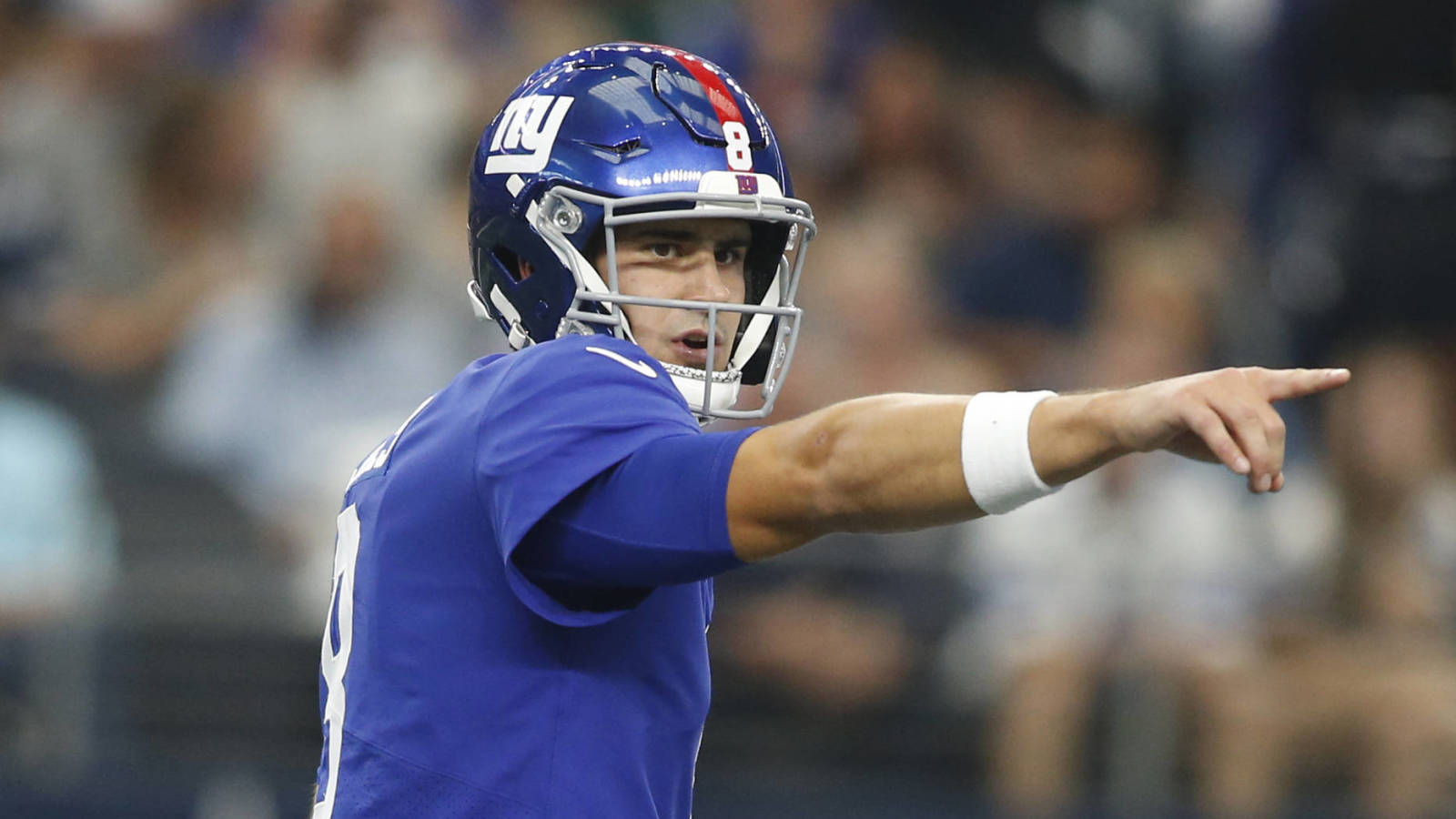 It looks like the 1-4 New York Giants will have their top rushing threat on the field for Sunday’s home game against the 4-1 Los Angeles Rams.

No, that’s not a reference to running back Saquon Barkley.

Giants coach Joe Judge told reporters Thursday that quarterback Daniel Jones had made “positive” progress toward returning to action following the concussion he suffered in last Sunday’s loss at the Dallas Cowboys. Per Kevin Patra of the NFL’s website, Judge said Friday it “appears” Jones will be good to go versus the Rams.

The final decision is technically out of Judge’s hands, as the third-year pro must first be cleared by an independent neurologist before he can suit up. In many cases, though, coaching staffs can tell how such decisions will go ahead of time.

Jones leads the Giants with 197 rushing yards and is tied for first on the team with a pair of scores on the ground. The 24-year-old has completed 64.3% of his passes for 1,282 yards with four touchdowns and only one interception, and he’s 10th in the NFL with a 61.2 total QBR, according to ESPN stats.

As for the previously mentioned Barkley, he’s expected to miss at least one game because of the ankle sprain he experienced in Dallas.