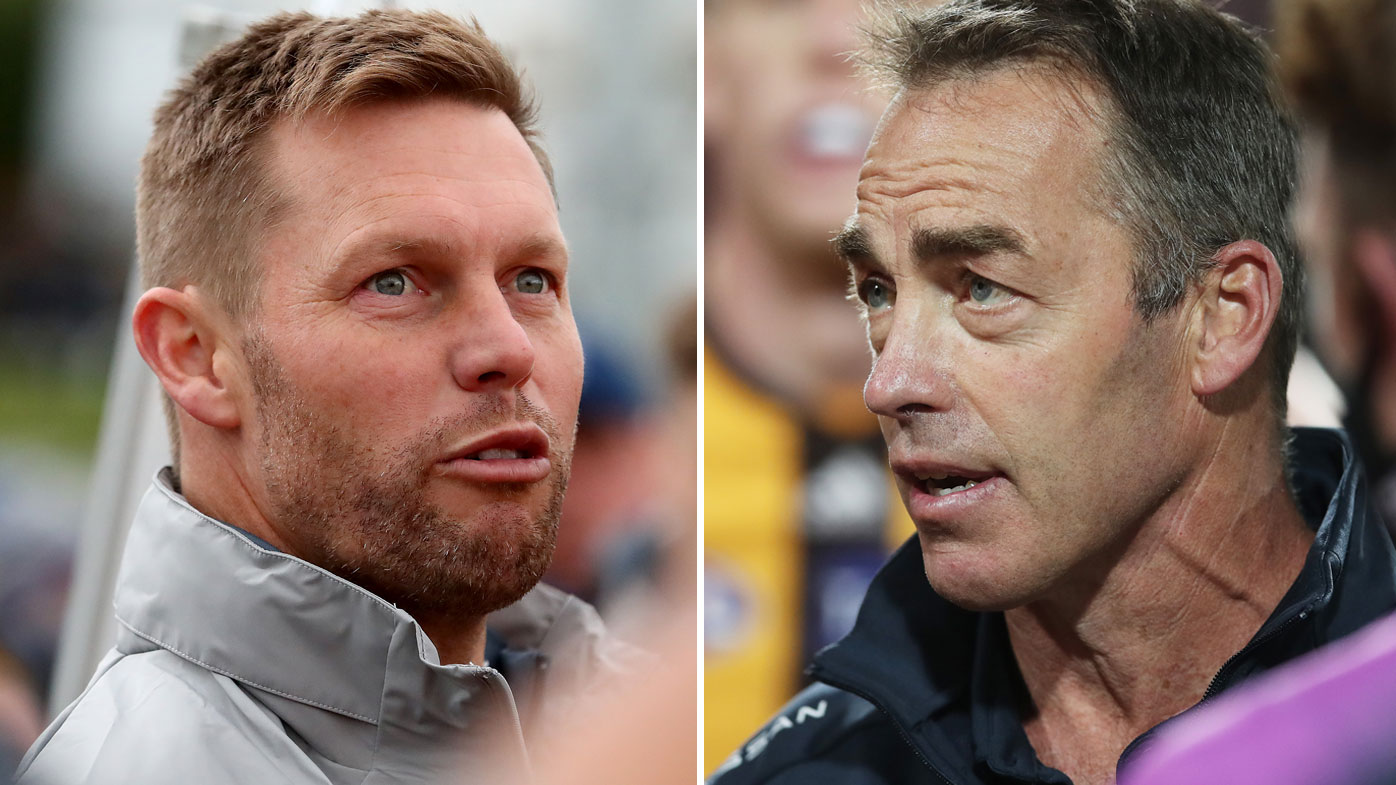 Hawthorn coach-in-waiting Sam Mitchell has emphatically denied reports he wants Alastair Clarkson to leave his post so he can have complete control one year earlier than planned.

Following an exercise involving Mitchell, Clarkson, Hawthorn footy boss Rob McCartney and Leading Teams head Ray McLean, Wilson said that a Hawks insider had told her there was a feeling that Mitchell wanted Clarkson to leave the club early.

Hawthorn announced earlier this month that, under the succession plan, Mitchell would take over from the four-time premiership-winning mentor as head coach at the end of 2022.

Mitchell rejected claims that he didn’t want Clarkson at the club.

“Absolutely not. That has not happened,” Mitchell said on SEN radio.

“We’ve been working on some form of succession for such a long period of time.”

Mitchell said the handover plan had been years in the making, claiming when he left West Coast to return to Hawthorn that it came with an incentive from Clarkson.

While Mitchell said Clarkson had made “no promises”, the former star Hawthorn midfielder said Clarkson had raised with him hopes of helping his coaching development and eventually handing over the reins at the Hawks.

“As soon as I knew that the club was not going to reappoint Clarko, my options became to continue on and attempt to go for the Collingwood job or, if not do that, I knew someone else was going to coach Hawthorn in 2023,” Mitchell said.

“They gave me the option of taking that, which I said, ‘I’ve built such a strong relationship (with Clarkson), it’s been a plan for such a long period of time and now it’s coming around’.

“So to me, I’m a little bit … bemused by the whole situation that I’ve been working with Clarko for the best part of 20 years consistently, but apparently we still don’t get along.”

Mitchell said differing views in the mediation session shouldn’t be misconstrued as him wanting Clarkson to depart the club.

“Everyone talks about that meeting like it’s been a one-off and the only time we’ve ever met,” Mitchell said.

“If you’re in an organisation like Hawthorn, you are going to have all of these discussions all the time. And if you all agree on everything, then what’s the point having so many people doing it? You have to have people with differing views all the time.

“Part of what happened in that one particular meeting, which was actually on a Tuesday … we caught up, everyone knew that we were doing it, we were going to work our way through how we get from where we are to where we need to get to. At the end of that meeting, we did not have every answer – which would be plain for anyone to see that when you’re working through something this big, it’s going to be a continual work in progress and we’ll meet again.

“But everything that we’re trying to work towards is what next year looks like with Clarko coaching and me in my current role.”

While Hawthorn have always insisted that Clarkson is happy to make way for Mitchell at the end of 2022, many media personalities believe the Hawks and Mitchell have forced Clarkson out of his job.

“I must admit, I’ve been a bit disappointed, I probably shouldn’t say it on radio, but I kind of get a bit p—ed off about people saying that,” Mitchell said.

“There’s nothing about anything I’ve done – I’ve worked with Clarko for nearly 20 years – and the fact that people would say I’m trying to push him out is disrespectful to both of us because we’ve had a working relationship for such a long period of time.

“If I wanted to coach next year I would have continued to pursue the Collingwood coaching opportunity if it went that way. They’re a very good club and I’ve got a good relationship with (former Hawthorn head of football) Graham Wright. I could’ve continued down that path if that was what I wanted.”