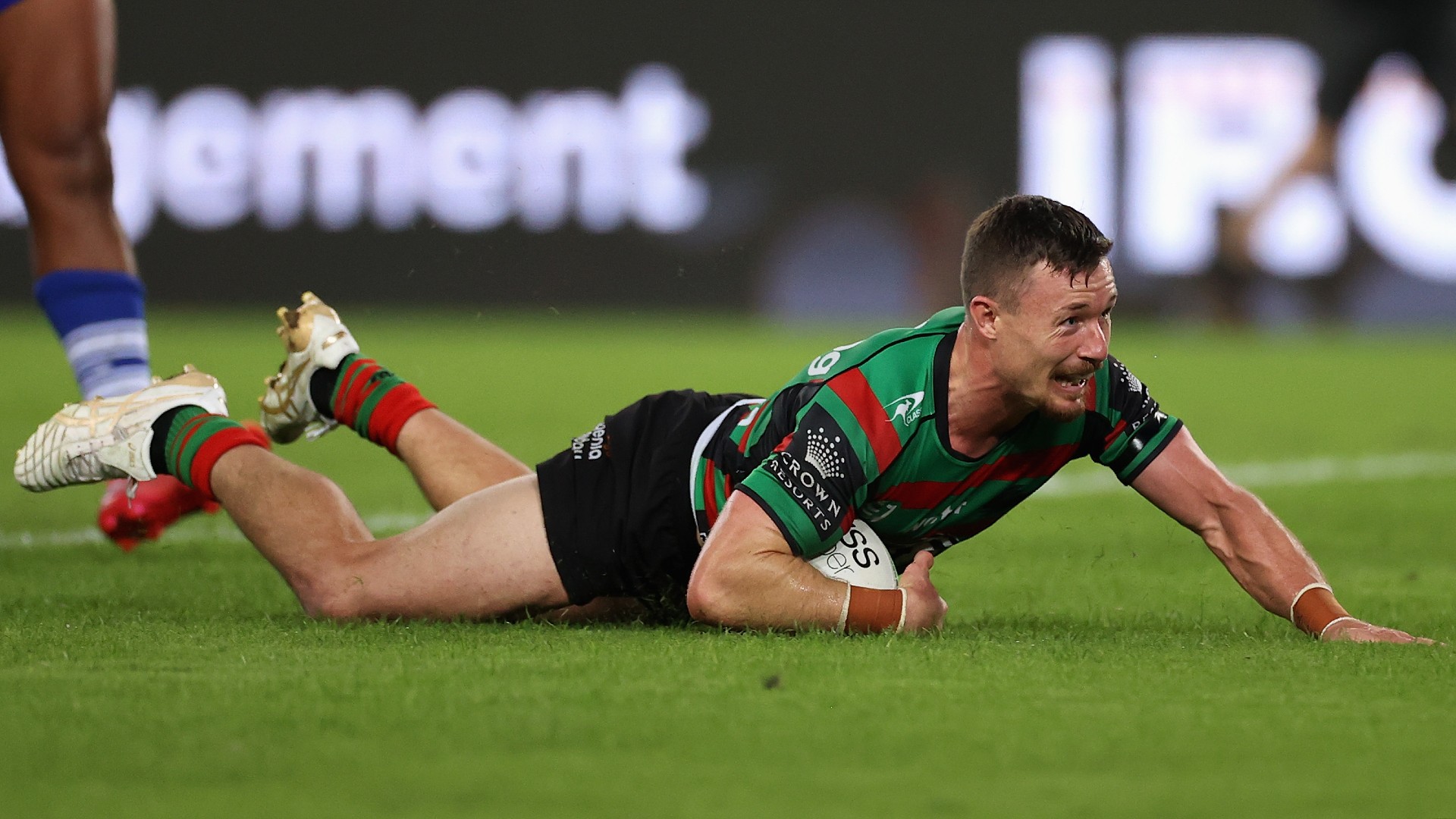 Bulldogs captain Josh Jackson and coach Trent Barrett refused to point the finger at referee Gerard Sutton after their 36-16 Good Friday loss to the Rabbitohs, saying their own mistakes were to blame.

"He did, yeah, there were a few repeated infringements there," Jackson said when asked if his side had been warned before Jeremy Marshall-King was sent from the field for 10 minutes.

While Marshall-King was off the field, the Rabbitohs piled on 18 unanswered points and didn't allow their opponents to even touch the ball while down a man.

"Discipline is definitely something we're going to have to work on… after we lost Jez we were poor, and after half-time we just invited them into our end and gave them too much field position."

Barrett said the decision was tough to take, but wasn't the only reason the Bulldogs lost.

"The sin-binning didn't help, but we've got to just show more resolve through those periods," Barrett said.

"I spoke pre-game about putting 80 minutes together, and if you put four blocks of that first 20 together you're looking OK."

But while he didn't blame the sin-binning nor penalty count for the loss, Barrett conceded that the idea of 'smaller' teams not getting favourable calls was a real issue.

"There's nothing I can say, but we're certainly not getting them [decisions] at the moment," he said.

"There will be a day, hopefully, when we're going well and we are getting those calls – but there's still some things in there that we could have helped ourselves with, so I'm not going to use that as an excuse.

"There's a couple of tries there that shouldn't have been scored."

Stream the NRL premiership 2022 live and free on 9Now

Rabbitohs coach Jason Demetriou praised his team's resilience after a sluggish start, where the Bulldogs opened the scoring through Brent Naden and could have easily extended their lead.

"That was a really important period for us. We spoke about it all week, about being patient and accepting that there's going to be some frustration in the game," Demetriou said.

Damien Cook bagged a hat-trick and Alex Johnston a double, while Isaiah Tass scored on his first-grade debut for Souths.

It was a close-to-perfect day both in terms of the result and players' health for the Bunnies, but it couldn't have been much worse for Canterbury. 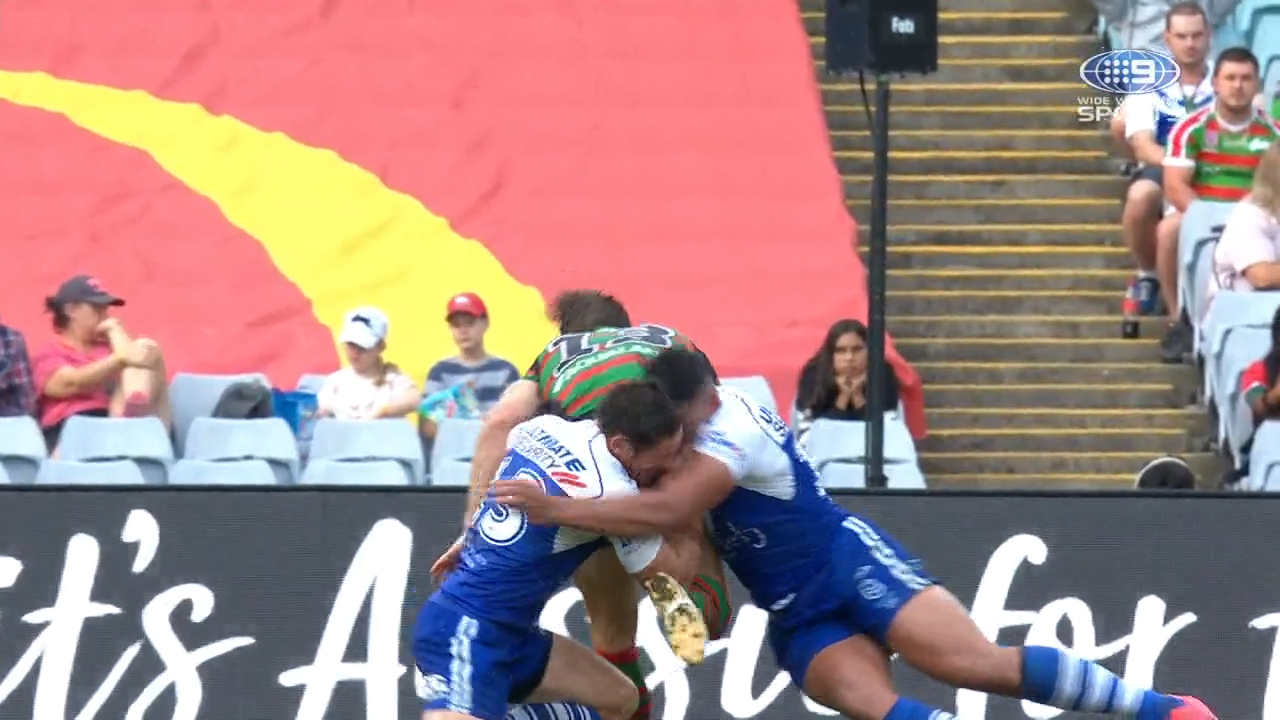 Barrett confirmed Braidon Burns would miss a couple of weeks with a hamstring issue, while forward Chris Patolo was taken to hospital after a sickening head clash with his captain.

"We'll have to look after him… hopefully he's OK. We'll find out tonight."