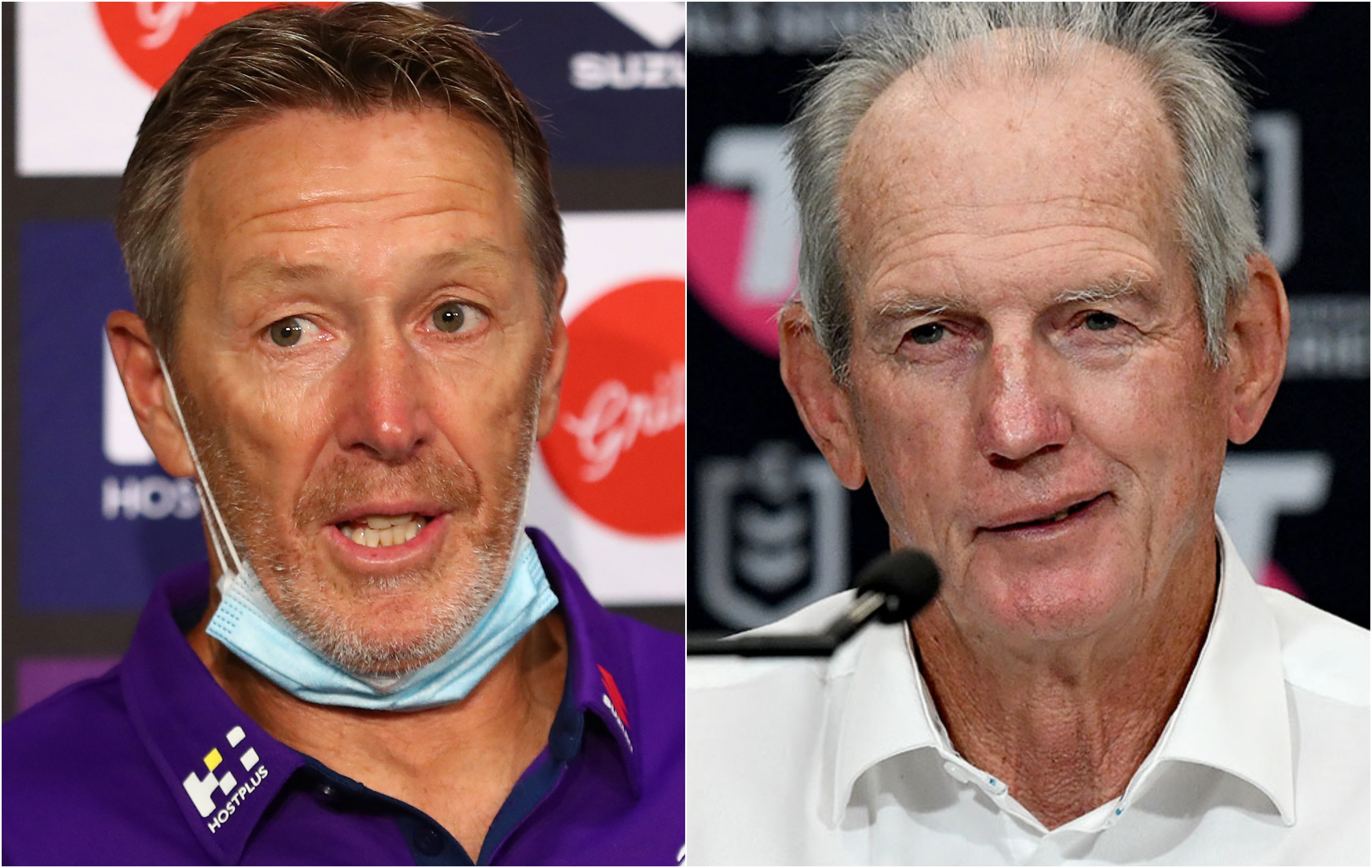 Rugby league supercoach Wayne Bennett has taken a sly dig at Melbourne Storm while defending his struggling recruitment at the NRL's newest club, the Dolphins.

Bennett is actively pursuing the signature of Storm five-eighth Cameron Munster, despite the player being contracted to Melbourne until the end of 2023.

Recent public comments by Bennett reportedly angered Melbourne, when the Dolphins coach suggested Munster may jump ship at the end of this season.

READ MORE: 'Complete garbage' that NRL must stamp out

NRL guidelines dictate a contracted player can not be officially approached by a rival club until he has less than 12 months remaining on his current deal. November 1 is the earliest Munster could officially negotiate with the Dolphins.

Reports claim the Storm even complained to the NRL about Bennett's pursuit of Munster.

The supercoach could only laugh when told of the stir he was causing in the southern capital.

"(Munster is) still in the process of him talking to Melbourne, finding out what his future is there, and talking to us in between," Bennett told media on Tuesday.

"The NRL haven't told us we are (breaking the rules), they are the governing body, so we'll continue doing what we're doing.

"One thing about Cam is he's the guy laughing, because he has plenty of offers, plenty of opportunity."

The Dolphins are desperately hoping Munster breaks his Melbourne contract and joins them for 2023, given they are yet to announce a marquee signing. 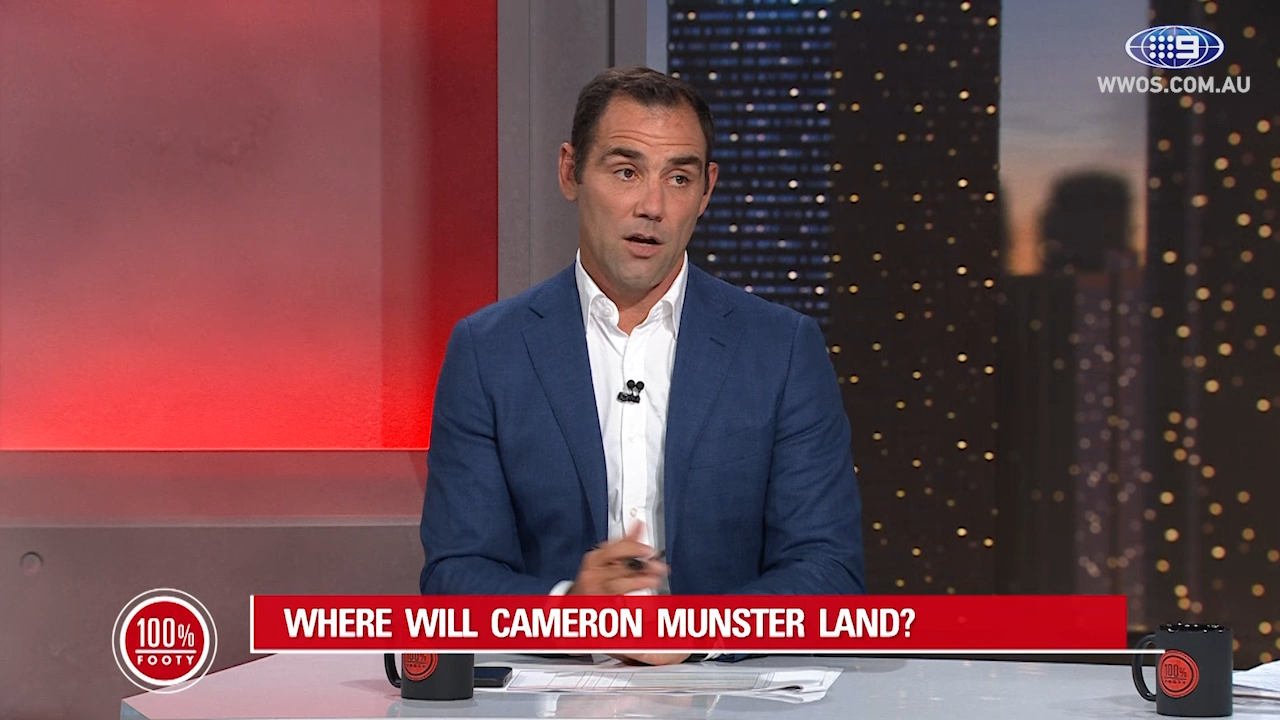 They enter the competition in little more than nine months, and so far their squad consists of some experienced representative forwards, and a handful of players never seen before in the NRL.

If Bennett is hitting the panic button, he refuses to show it publicly.

"I'm sure over the next couple of months you'll see the roster fill up, and fill up with really good players," he said.

When asked about the criticism of his inability to sign a superstar, he replied; "if you listen to the fans you'll be sitting with them".