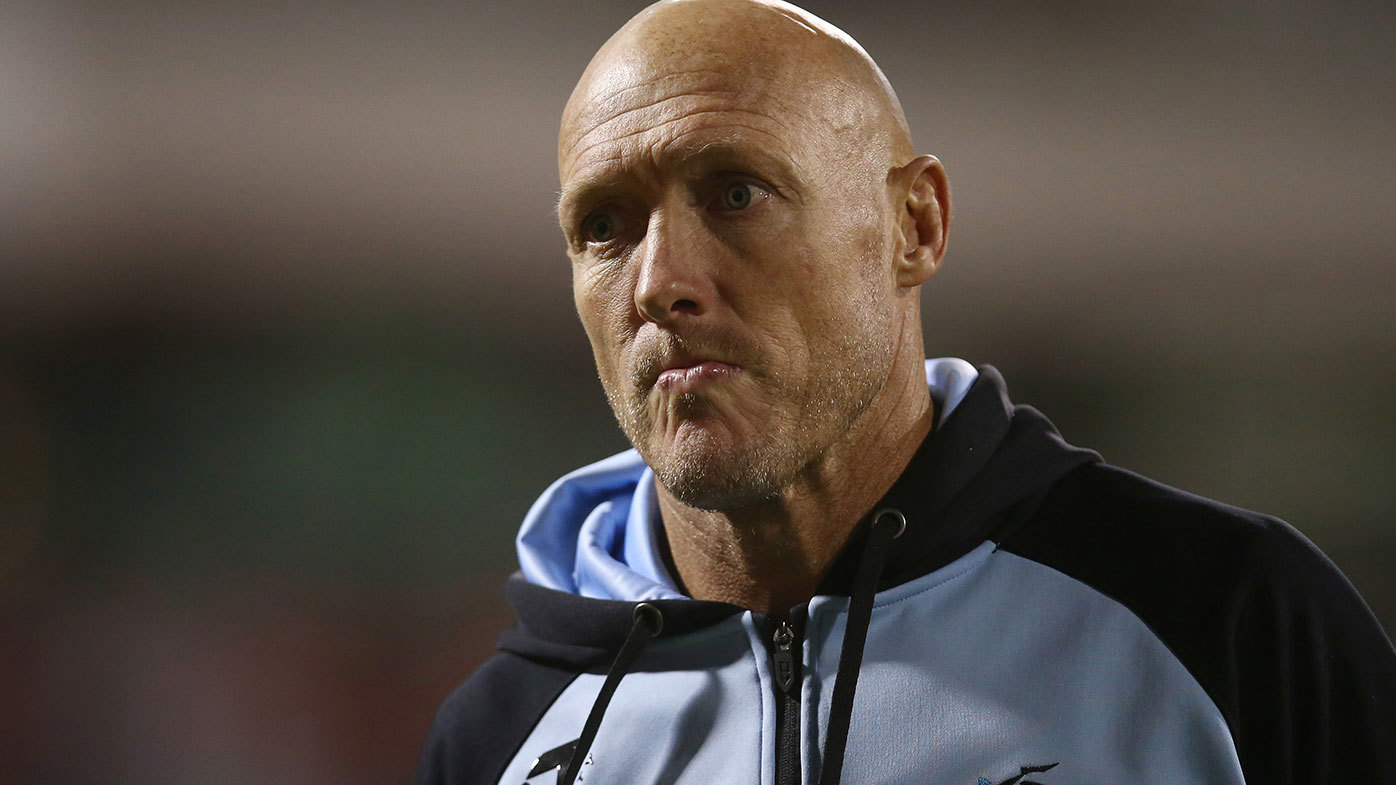 Fitzgibbon has emerged as a potential candidate for NRL coach of the year, with the Sharks currently in the top-four with six wins from nine games.

An extraordinary performance from his side, beating the Warriors with 12 men for the majority of the match and 11 for the closing stages on Sunday have further made the competition sit up and take notice.

Clearly an incredible transformation is underway, with Fitzgibbon already giving backing to those who said he would be the NRL's next great coach during his tenure under Trent Robinson, with the pair masterminding three premierships together in 2013, 2018 and 2019.

Fitzgibbon bided his time, turning down several NRL jobs before accepting the job at Cronulla, in a move that rocked the competition.

At that point the surprise was more that John Morris was being let go than Fitzgibbon was getting an opportunity. Morris, a beloved Sharks player who jumped straight into coaching at the age of 30, had taken the Sharks to the finals in 2020, yet was sacked a year later.

Gould, who coached and enjoyed Origin success with Fitzgibbon, has always been a big supporter of the hard nut former second-rower. Having witnessed his best win as a coach on Sunday, Gould claims there are already signs the 44-year-old will be a career coach in a similar mould to Wayne Bennett, Craig Bellamy and Des Hasler. 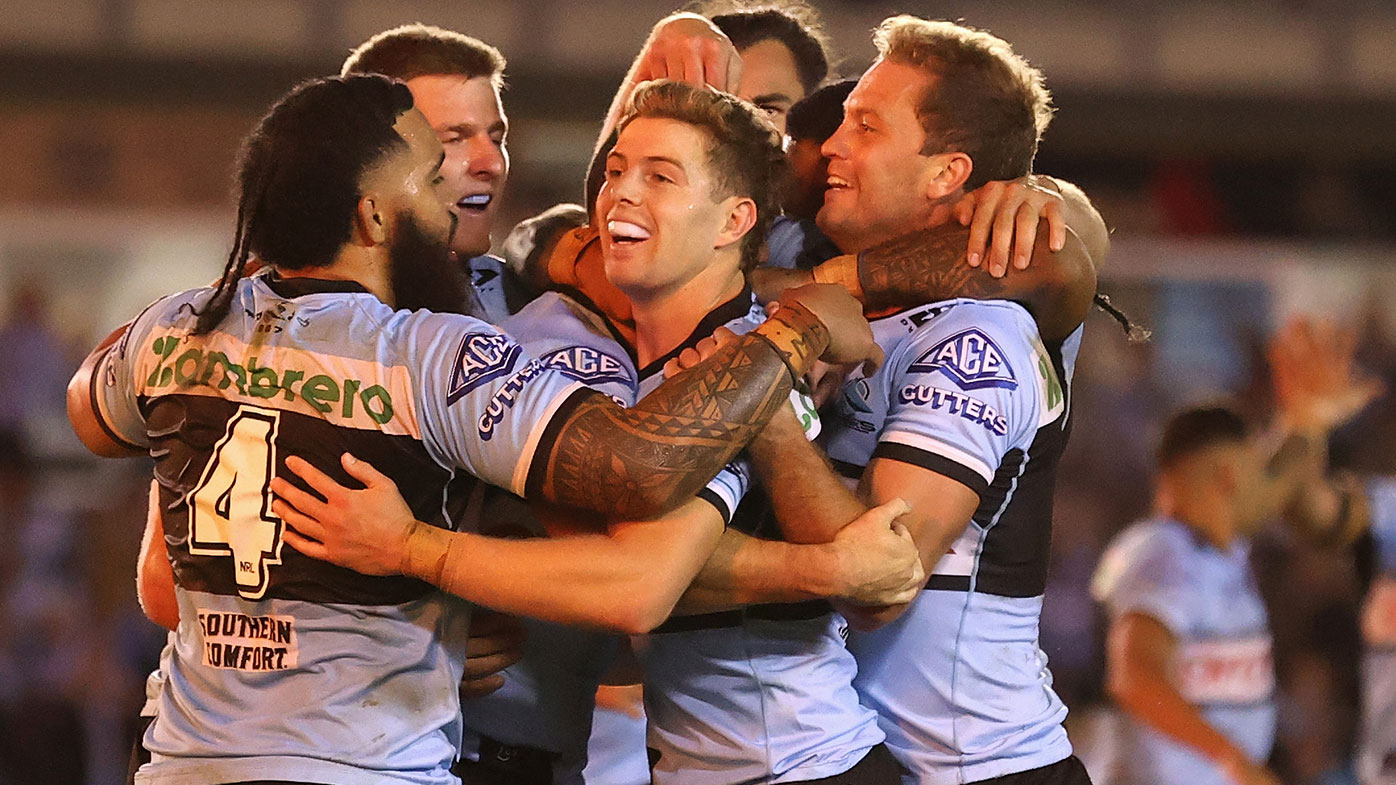 "He's been doing a lot of good things at the Roosters for a long period of time… they brought him back to the Roosters [after he retired] knowing his character and personality is in the Roosters' culture. He's instilled that in a lot of the teams he's been associated with," Gould said on Wide World of Sports' Six Tackles with Gus podcast.

"He had a very big responsibility with the Roosters and handled it well, which was why he got recognised by a club like the Sharks to come and be the head coach.

"Not only has he done that, but he's gone out and recruited a couple of really good assistant coaches."

Gould revealed he spoke to Fitzgibbon when he first took the role at Cronulla and challenged him on whether he could find assistants of a similar ilk who could take on the role he'd excelled in at the Roosters.

"The only thing I said to Craig when he got the job, I said 'who's going to be your Craig Fitzgibbon?'" Gould revealed.

"Trent Robinson's had the luxury of having Craig Fitzgibbon working for him for all these years.

"The assistant coaches are so important to the head coach, they do a lot of the hands-on stuff and a lot of the hack work around the players – they're the ones that have the really close relationships with them.

"I said, 'Who's going to be your Craig Fitzgibbon and the things you've been doing as an assistant coach [at the Roosters]? Are you going to be able to delegate those to others and trust what they do?'

"Josh Hannay stayed with him… and he brought Steve Price back from England, a former first-grade coach who's had great success in the UK. 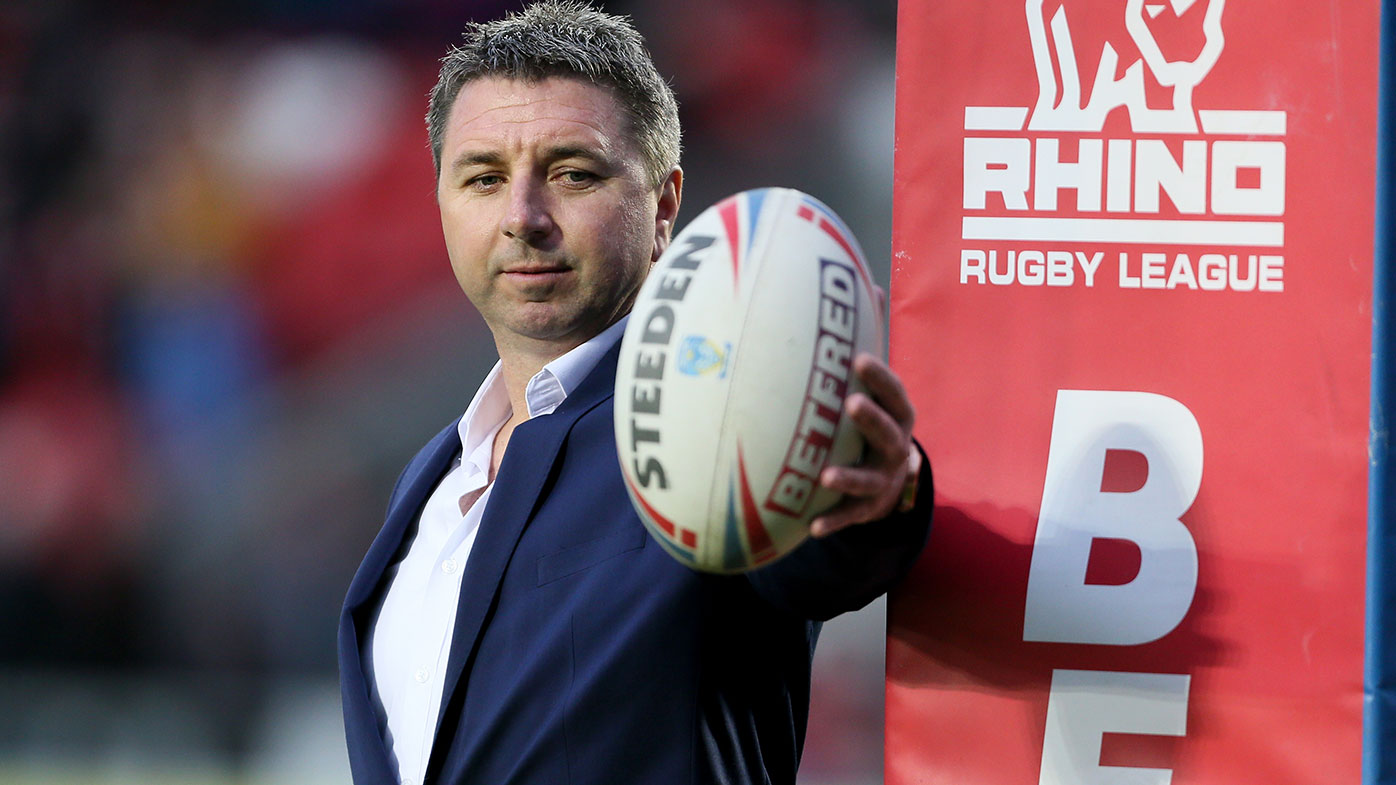 "He's really gone and got some depth of talent in that regard as well to assist him, but there is no doubt the Sharks as a football club now look very different to what they looked like 12 months ago.

"The character and personality of this team are very in keeping with what we knew of Craig as a player. He's been able to instil that in his fitness, enthusiasm, grit, and his determination."

Gould said Fitzgibbon's traits were embodied by the players on the field against the Warriors as an undermanned side repeatedly repelled their opposition.

"When you go into games like that and you have your backs against the wall and sense that you can still win even though things have gone against you. The harder you train, the harder you work, the harder it is to give up. They couldn't give up," Gould said.

"Once it got to the point where they were still in… I said it with 20 minutes to go, I'm not looking at them losing. I felt that way 10 minutes before half-time.

"When it got down to 12 men and 11, that was an easy transition for them. That wasn't 'Oh we're gone now', that was 'you beauty – throw something else'.

"When the Roosters were at their bristling best, a lot of those traits are in this Sharks team now in the way they advance the ball, hit the ball up, defend and work for each other in defence."

Your AEW Double Or Nothing preview