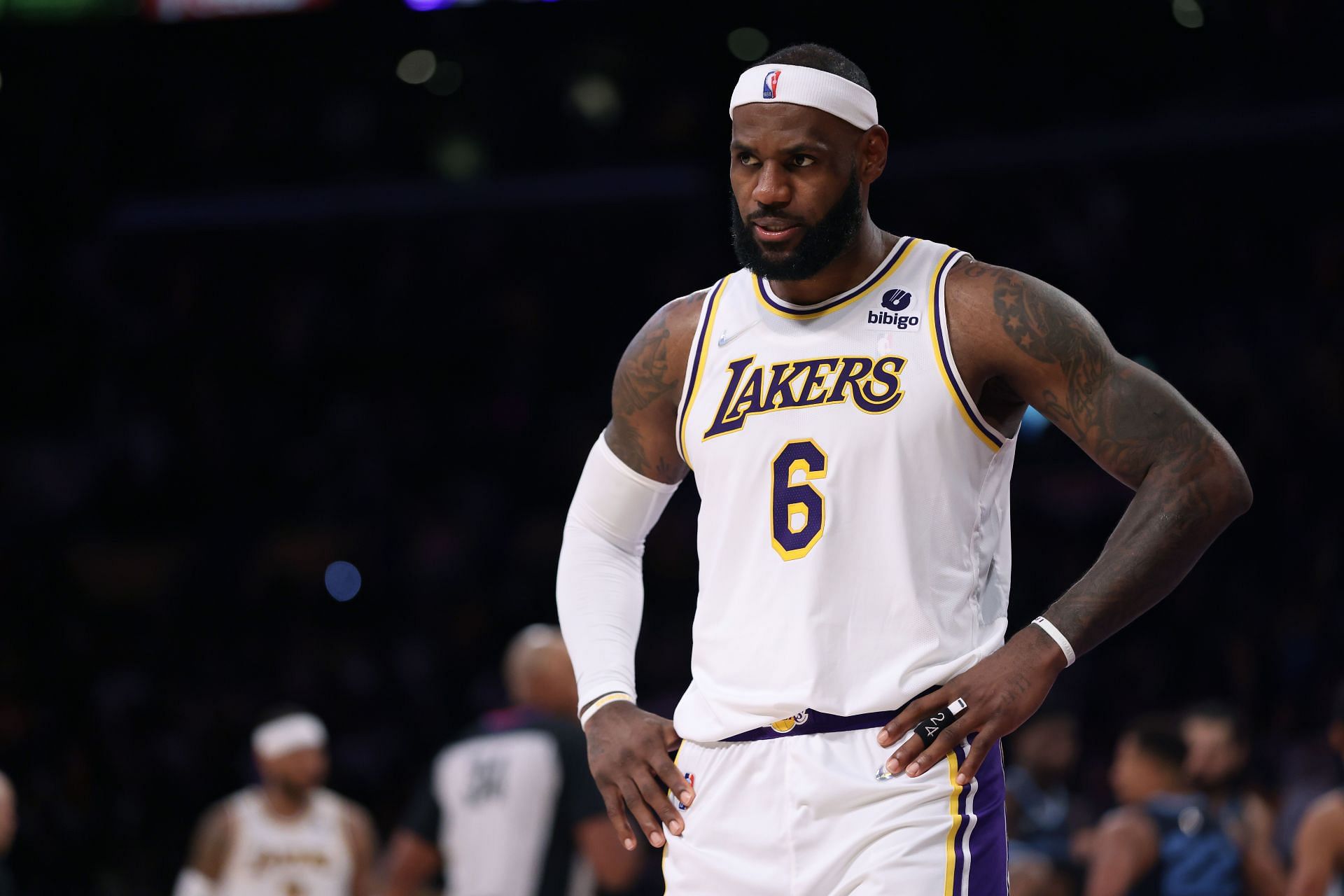 The LA Lakers and LeBron James have had a disastrous start to the 2021-22 NBA season. The misery has piled on for the Lakers in the opening week of the new campaign. The Purple and Gold rued the absence of their inspirational leader due to injury after blowing a 26-point lead in their loss to the Oklahoma City Thunder.

The Lakers were up by 26 points in the first half but blew it after being outscored 41- 23 in the third quarter. The Lakers defense was all over the place and once again allowed players to drive in at will despite having dominant interior defenders such as Anthony Davis, DeAndre Jordan and Dwight Howard.

The likes of Josh Giddey and Darius Bazley made the most of the opportunity, hitting uncontested floaters and dumping the ball off for open layups after driving into the lane. What was once a top-five defense now looks more like easy pickings to opponents who can sense the Lakers’ vulnerability and take advantage of it.

LA desperately missed the services of their leader and primary facilitator LeBron James, who was out due to an injury he sustained against the Memphis Grizzlies. According to Lakers reporter Mike Trudell, Lakers forward Kent Bazemore was quick to point out LeBron’s absence as a key factor in their loss against the Thunder, saying that he’s the guy who usually keeps them focused and even keeled. Here is what Bazemore had to say:

“We were without our head honcho tonight, the guy who would have kept us even keeled out there…there’s a lot to learn.”

“We were without our head honcho tonight, the guy who would have kept us even keeled out there…there’s a lot to learn.” Kent Bazemore talks with @LakersReporter about the disparity in halves for the #LakeShow tonight.

“We were without our head honcho tonight, the guy who would have kept us even keeled out there…there’s a lot to learn.” Kent Bazemore talks with

@LakersReporter about the disparity in halves for the #LakeShow tonight. https://t.co/AxJzU2sPia

The Lakers will have many instances during the rest of the season where they are without the services of LeBron James. If their loss to the Thunder is any indication, the Lakers will have a hard time getting wins under their belt if they do not figure things out soon.

Can LeBron James help the Lakers figure things out and lead them to an NBA championship?

LeBron James is not only a generational talent but also one of the best leaders that the game has ever seen. King James has literally seen it all, he has made ten NBA Finals, tasted success, endured harsh defeats and overcome most challenges thrown his way. He has faced more adversity than most would in his entire career and has always found a way to will his team through.

James’ high IQ, supreme playmaking skills and photographic memory enables him to read plays sooner than most and helps him put his teammates in the right situations for easy buckets. With high IQ players such as LeBron and Rajon Rondo on the team, it won’t be too long before the Lakers figure things out on the court.

Having said that, team chemistry will be a huge issue going down the road and if the Lakers are not able to get on the same page and play at an elite level consistently we might be looking at yet another shocking early playoff exit.

Luckily for L.A., they have a serial winner in LeBron James, who has the ability to turn things around and guide them to the promised land.

Q. Can LeBron James help the Lakers turn it around?