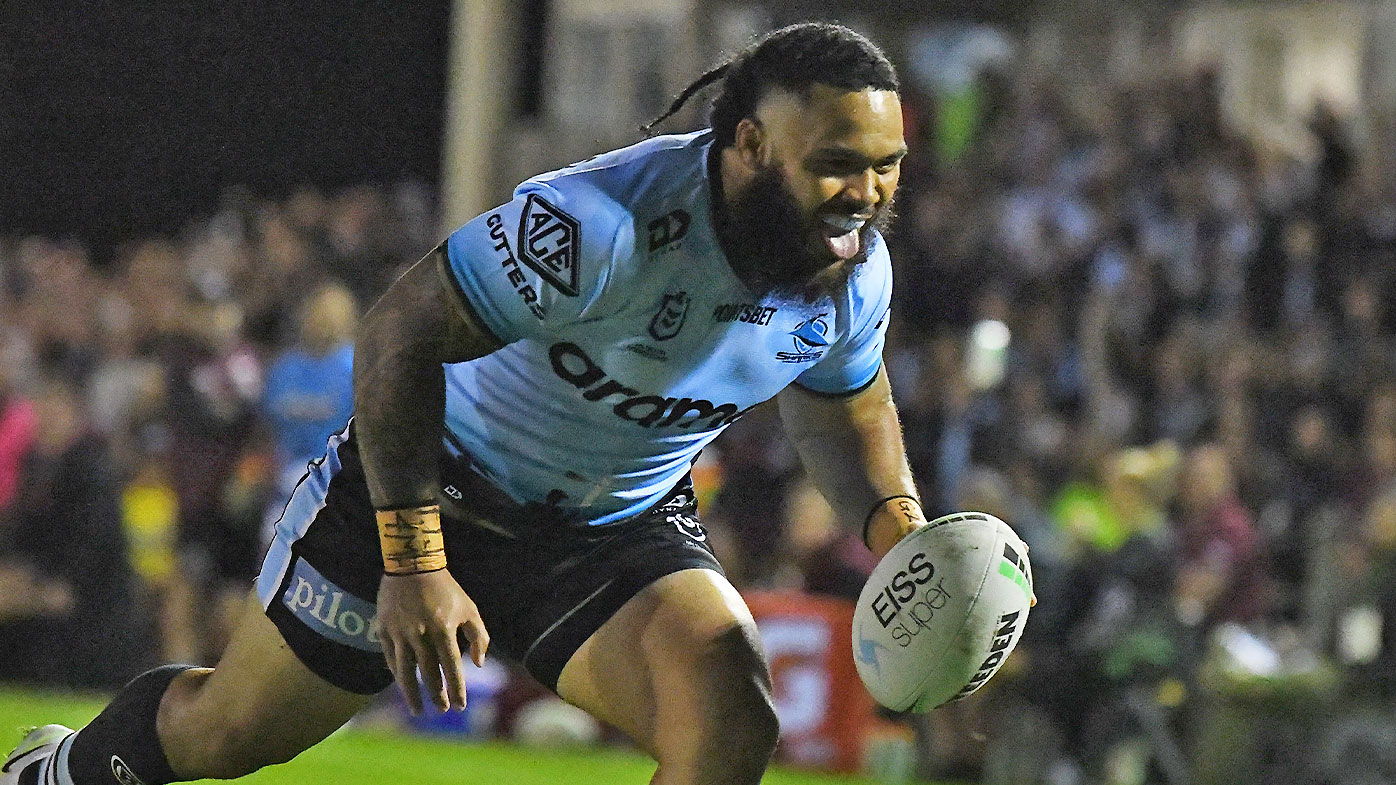 Cronulla Sharks star Siosifa Talakai has rocketed into State of Origin calculations after a breathtaking performance in his team's win over the Manly Sea Eagles.

Talakai was at his unstoppable best in the first half of the Sharks' 32-22 win, and finished the match with two tries, three try assists, three line breaks, eight tackle breaks and ran for 252 metres.

The Sharks centre's stunning showing caught the attention of New South Wales Origin coach Brad Fittler, who suggested that Talakai, a Mascot junior, was under consideration.

"He played in some pathways with NSW," Fittler said on Nine's NRL coverage.

"He's a proud Tongan man, there's a mid-season Test for Tonga at the same time as the second Origin… but he is a NSW boy. 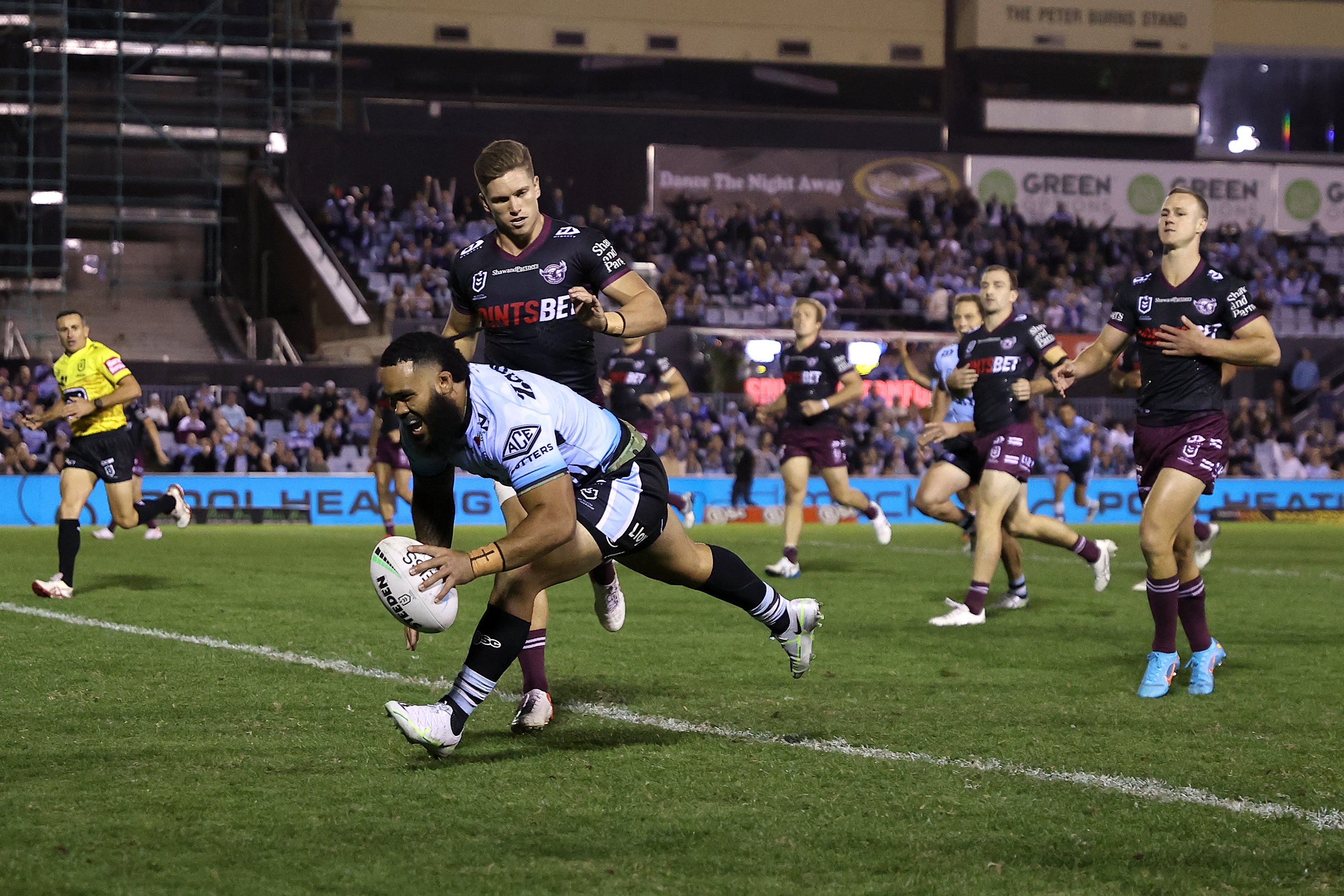 Talakai admitted that being on Fittler's squad was one of his goals, along with winning the premiership with the Sharks.

"It's second to winning the comp," he said after the match.

"I've always watched Origin growing up and I've always wanted to be in one of those jerseys. Hopefully I do my work and the big man (Fittler) picks me."

While he was a threat throughout the match, it was the 25-year-old's first half that caught the attention of fans, with many calling it the best single half of football in the history of NRL.

Talakai's sensational showing caught the attention of former Sharks captain Paul Gallen, who lauded his versatility in the "outstanding" performance.

"I remember him as a young man signing with South Sydney and [was talked about] being the next best thing," he said on Nine's coverage.

"For some reason he got let go by Souths, then went to Penrith and got let go. He came to the Sharks for another opportunity and played for the Newtown Jets for a couple of years.

"He's just gone from strength to strength, he's just absolutely flying at the moment. He got himself fit and strong in the off-season.

"The good thing about him is he can play anywhere. He's a centre in his days growing up, but he's played on the right or left edge, he's played in the middle of the field, he's played all over the park for the Sharks in the past couple of years and he is on fire at the moment."

"I just love how he can beat you in so many different ways," Slater told Nine.

"He can run straight over the top of you, but tonight he used his speed, his footwork and his passing. He set Ronaldo Mulitalo up with a try many centres wouldn't set up.

"He's a great player and he's starting to play some great football in the structure the Sharks are playing with at the moment."