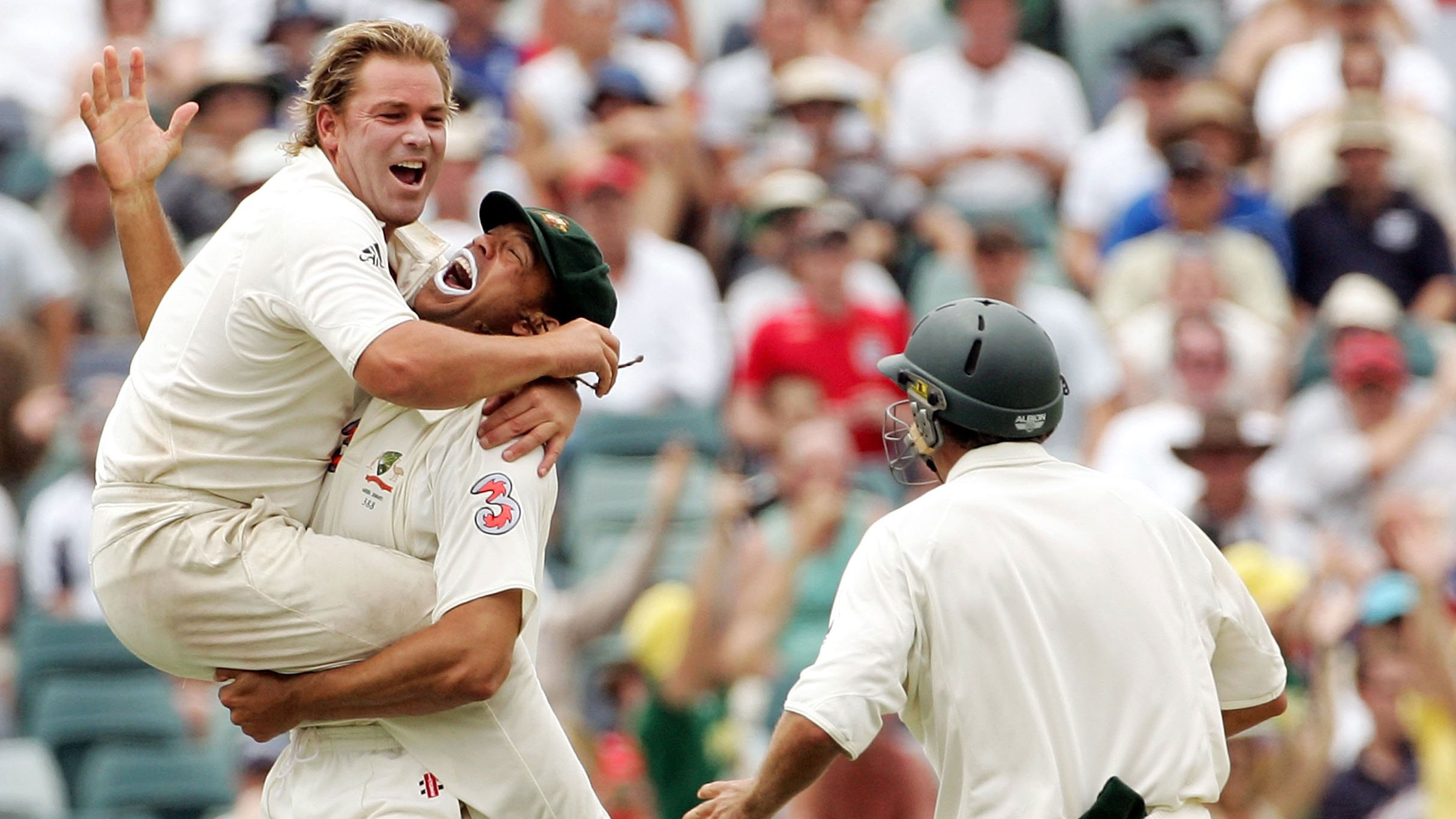 As Channel Nine's resident cricket legend Mark Taylor is one of the first people the network calls when a big news story happens in the sport.

That meant fronting up for TV appearances when Rod Marsh and Shane Warne died in quick succession in March and then again on Sunday morning, just over two months later, when news of Andrew Symonds' death first broke.

Taylor was particularly close to Warne, having shared the dressing room of Australian sides with the legendary leg-spinner for close to a decade, so reflecting on his death so quickly after it happened in such shock circumstances was particularly tough.

However, he was struck by disbelief on Sunday morning when asked for his reaction to Symonds' death by Charles Croucher on Nine's Weekend Today.

"Unfortunately I've been here too often this year under these circumstances. I actually can't quite believe it, to be honest. Another tragic day for cricket," Taylor said.

With that reflection aside Taylor made an extraordinary fist of summing up what Symonds meant to the Australian public, as one of our most entertaining cricketers, and in many ways a throwback to the '70s with his larrikin personality.

"He was an entertainer with the bat, and he was an imposing guy, he was a big lad. I believe a very good rugby league player as a young kid as well," Taylor said.

"He just wanted to entertain. In a way he was a bit of an old-fashioned cricketer, would not have been out of place playing in the '70s or '80s."

Describing one of his most valuable contributions to the Australian side, Taylor said Symonds' century against Pakistan at the 2003 World Cup was a key one because he stood up when his country really needed him.

In that match Symonds came to the crease with Australia in trouble at 4/86, with Adam Gilchrist, Matthew Hayden, Damien Martyn and Jimmy Maher already back in the sheds.

He did so in remarkable fashion, smacking an unbeaten 143 off just 125 deliveries to guide Australia to a total of 8/310. That set up a comprehensive win on the way to World Cup glory.

Taylor described Symonds' debut Test century against England at the MCG during the 2006-07 Ashes series as "probably his defining moment".

Symonds was at the crease with his great mate Matthew Hayden when he celebrated the milestone, squeezing the imposing opening batsman so tightly in a hug his helmet almost came off. In typical Symonds style, he brought up his century with a six.

"That hundred he got at the MCG was probably his defining moment, because he was out there with his mate, Matty Hayden," Taylor said.

"That was a great moment because that passion was there. He wasn't really considered a Test cricketer, everyone had him earmarked as a white-ball player, but he wanted to prove to the world he was a Test cricketer, and he did that day."

While he did everything at 100 miles an hour on the field, Symonds was a solitary figure off it who enjoyed life most when he was away from civilisation, out in the bush.

"He was an adventurer. He loved fishing, loved hiking, loved camping. Him and Matthew Hayden were good mates, they loved to fish together. They would go away to Stradbroke Island… and fish together, camp together," Taylor said. "I took Simmo out fishing one day here on Sydney Harbour. Just watching him throw a flyer lure around boats was great to watch."