Home What's New T20 World Cup 2021: “He is one of the best players to ever play the game for Australia” – Aaron Finch comes out in support of David Warner 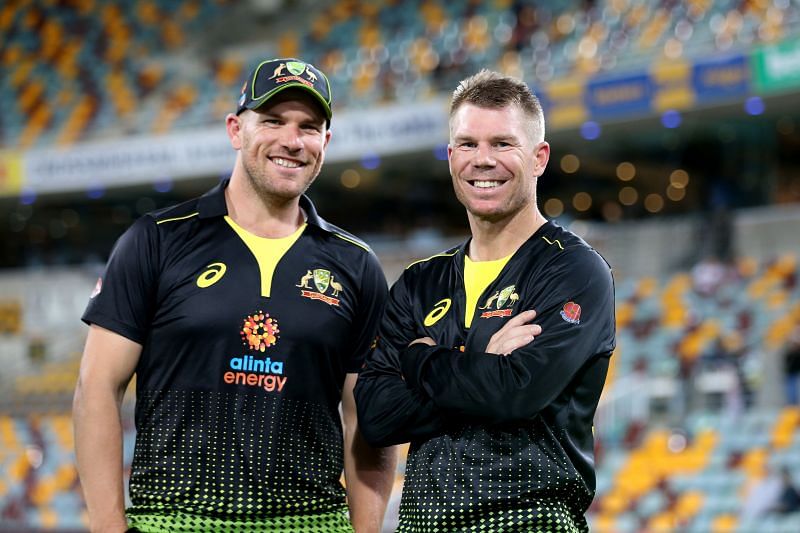 Australia’s limited-overs captain Aaron Finch is optimistic about his team’s chances in the impending T20 World Cup 2021. The swashbuckling batter recently revealed that David Warner will continue to be his opening partner for the showpiece event in the UAE.

Warner has had a lacklustre stint in this year’s IPL. He failed to retain his position in the starting eleven for Sunrisers Hyderabad after multiple underwhelming outings with the bat. Despite his poor form, the Aussie skipper has endorsed the player’s skills.

According to The Sydney Morning Herald, Finch opined that David Warner is one of Australia’s finest cricketers. He also seemed confident of the dynamic opener’s preparations for the ICC event.

“David Warner is one of the best players to ever play the game for Australia. I’ve got no doubt he would love to be playing for Hyderabad but I know that he’s still training away. He’ll be good to go.”

The 34-year-old also pointed out that the team could use Steve Smith as a floater in the batting order. He lauded the champion batter’s ability to play spin and suggested he is someone who can adapt to different situations well.

“There’s a lot of ways that we can go about it. Steve Smith is a brilliant player of spin, he’s someone who can adapt to all situations of the game, so we see that as a real asset for us.”

The batsman sustained a knee injury earlier this year during Australia‘s tour of the West Indies. He mentioned that he has been recovering well after knee surgery and has also resumed training prior to the T20 World Cup.

“The last couple of weeks have been fine. I’ve been building up gradually and had probably my biggest session in terms of fielding, changing direction and all that stuff, with batting involved as well, so that’s gone as well as it could.”

Finch also stated that his surgeon was also pleased with his progress. The explosive batter is expected to board a plane to the UAE alongside Australia’s T20 World Cup-bound cricketers on Thursday. The players will quarantine for six days in the gulf country before they hit the ground for the T20 World Cup.