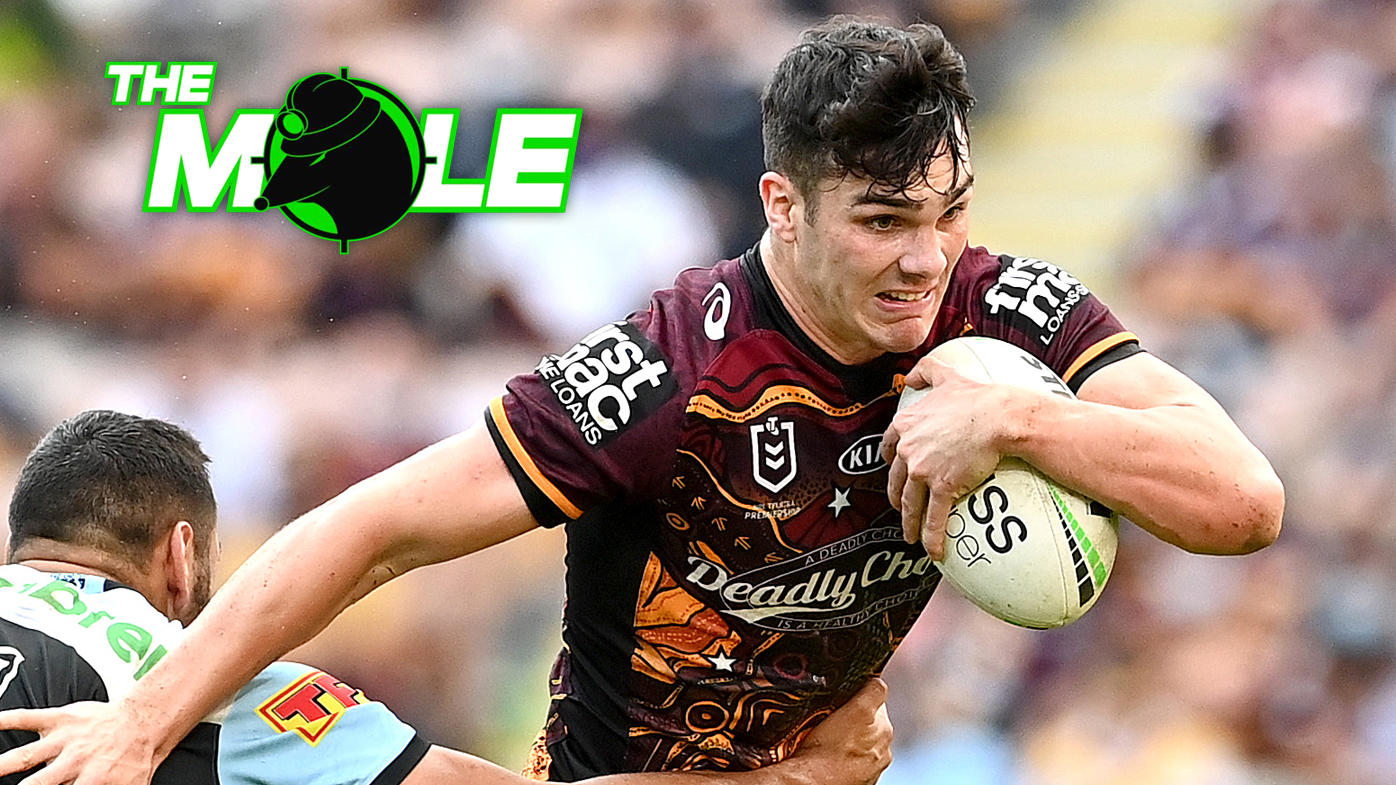 Farnworth, who was born and raised in England, is already on the radar of the Dolphins for their inaugural season in the NRL in 2023.

But Wide World of Sports has learned that English rugby union scouts have also pencilled in the 22-year-old Farnworth as a possible recruit.

The Broncos are keen to retain the rising centre, who has been a ray of sunlight in the club's past two dismal seasons.

But the Dolphins, desperate to sign outside backs, will pay 'overs' for the young speedster while English rugby also has plenty of cash at its disposal.

Farnworth moved to the Broncos after leaving school and made his debut for the club in 2019.

He has been a steady improver in a team that has struggled to score points, crossing for nine tries in his 41 games and producing plenty of chances for his outside men.