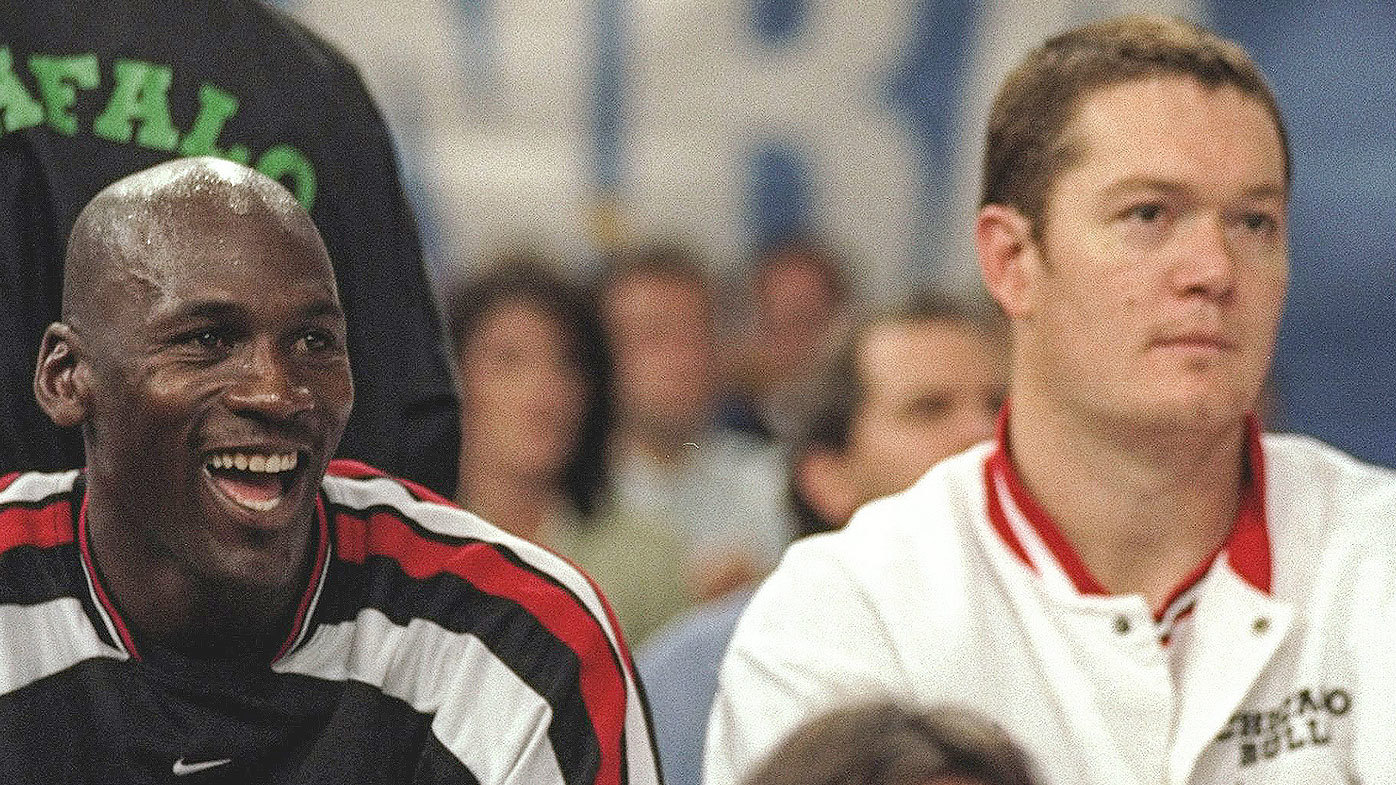 Sports icon Michael Jordan has paid tribute to former Chicago Bulls teammate Luc Longley after the Australian was left out of the the popular Netflix documentary The Last Dance.

Longley’s absence from the docuseries raised eyebrows Down Under especially since he was the starting centre for the Bulls team that captured the world’s imagination on its barnstorming run to three championships in 1996-98.

While the piece featured interviews with coach Phil Jackson, Jordan, Scottie Pippen, Dennis Rodman and several other members of the team, Longley was mysteriously left out.

Director Jason Hehir explained Longley wasn’t interviewed for The Last Dance because it was too expensive to fly a television crew from the US to the remote part of Western Australia where Longley lives.

Speaking to the ABC’s Australian Story in a two-part series, Jordan revealed he felt bad Longley was left out.

“I can understand why Australia would say, ‘Well, why wouldn’t we include Luc?’ And we probably should have,” Jordan said.

“And if I look back and could change anything, that’s probably what I would have changed.”

Jordan, who hardly speaks to the media even in his role as Charlotte Hornets owner, revealed why he agreed to speak to the ABC about Longley’s impact on the Bulls.

“He matters to me. He does matter to me and his story needs to be told.

“You’re going to have friends that you have good and bad things about but we shared a lot.

“We competed together and I would take him any day of the week if I had to go through a competition again.

“If you asked me to do it all over again, there’s no way I would leave Luc Longley off my team — no way possible, because he mattered.

“He had an impact on me. He made me better as a player, as a person.”

The 220cm giant admitted he was “bummed out” not being in the documentary and it would have been fitting to be included “so that Australian kids saw that there was an Australian in that team doing that thing.”

Longley didn’t run away from the fact he clashed with the best basketballer of all time constantly during his run in Chicago, saying Jordan held high standards not only for himself but all his teammates.

“He just had all these sharp edges, like some sort of a ninja star,” he said.

“He felt for whatever reason like he needed to charge me with his electricity (but) I’m not a conduit for that kind of electricity naturally.

“You need a group of humans that appreciate, understand, push and pull, work together.

“And we definitely achieved that.”

Despite bumping heads often during their championship run, the Australian claims he and Jordan share a different kind of relationship now.

“Interestingly, MJ and I, our exchanges now are really friendly and warm,” he said.

“Now that we’re not playing together, there’s room for that.”

Following his stint at the Bulls, Longley’s career fizzled out after playing for Phoenix and the New York Knicks, before a reoccurring injury forced him into retirement.

“I did sign a big contract with Phoenix, which I had struggled to live up to because my ankle was going bad and but also just that there wasn’t that same magic around the group,” Longley said.

“The end of my career really felt like a fizz after those high years in Chicago and that fizz hurt.

Longley says he doesn’t like to carry on about his career but still feels immense pride about his time playing for arguably the greatest NBA team ever.

“It unfolded in front of me and at the time, that was just what I did and it seemed great.

“I’ve never really carried on about it much and don’t really want to any more either, but I can’t help but be proud of it.”