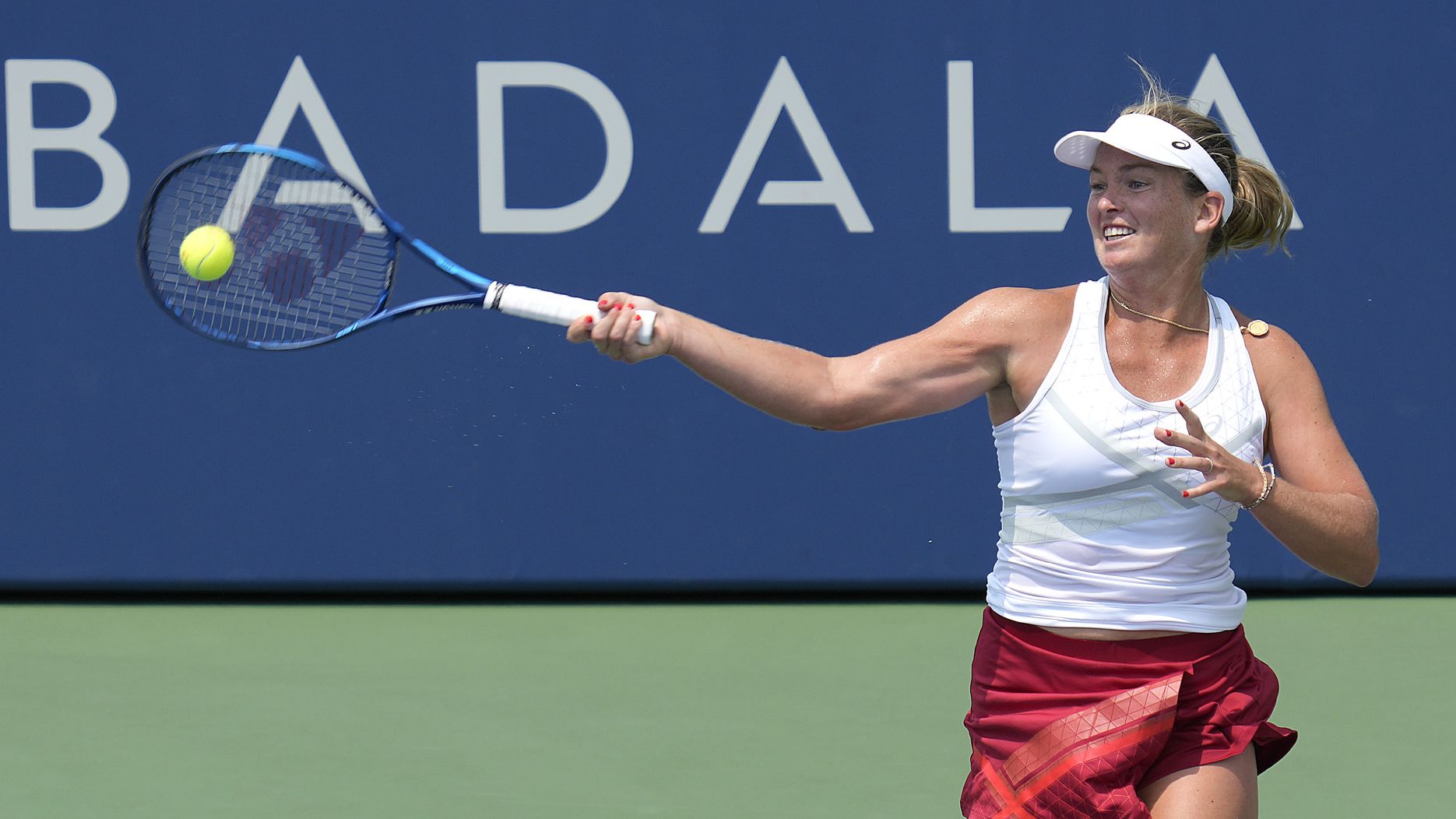 American tennis player Coco Vandeweghe’s “petulant” display at an ITF tournament in the lead up to the US Open has raised eyebrows in the tennis world.

Vandeweghe, a former top 10 player, was competing in the Koser Jewelers Tennis Challenge in Landisville, Pennsylvania, and was down 2-0 to Ekaterine Gorgodze in the final set before the the match was suspended due to wild weather.

Vandeweghe won the first set and looked to be in a comfortable position before things changed dramatically in the second frame. The 29-year-old was 4-3 down and seemed to tank the next game to give her rival a 5-3 lead.

The American barely tried to return serve and gave up chasing shots as she started to grab at her leg. After Gorgodze claimed the set, Vandeweghe called for a medical timeout and was about to pull out with injury before the match was suspended due to heat.

When temperatures eased Vandeweghe made no attempt to make her way to the court, with her opponent waiting to warm up so play could resume.

Vandeweghe, a Wimbledon quarter-finalist in 2015 and 2017 and a semi-finalist at the Australian and US Opens, sat in her chair before officials had to call for her to return to the court. And when she did it was clear she didn’t want to be there let alone warm up.

As Gorgodze tried to play shots to the American, she hardly made an effort to strike the ball. Vandeweghe even switched her racquet to her left hand throughout, lobbing it back.

“Coco was just about to call it a day when they said they’ve got to shut it down because of heat reasons,” a commentator said.

“I’ve never seen this in my life. This is wild. She’s going to do just enough here just so she doesn’t get in trouble.”

Vandeweghe was eventually saved in the end following her dismal showing in the third set which saw her opponent break her serve to lead 2-0. Torrential rain hit the event minutes later with players, officials and broadcasters rushing for cover.

The American has had a difficult time on tour over the last few years after being dogged by physical issues ever since she suffered a foot injury at Wimbledon in 2018.