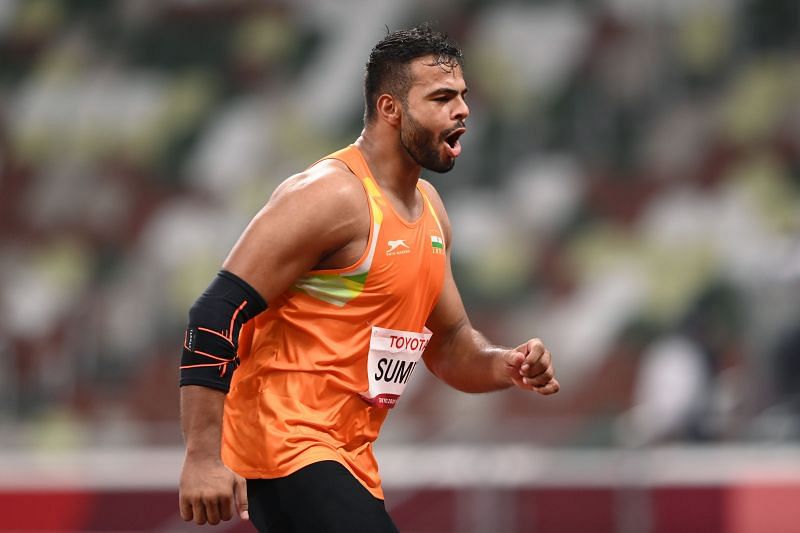 Sumit Antil put up a performance to behold at the ongoing Tokyo Paralympics 2021 on Monday as he broke his own world record multiple times to clinch the gold medal in Men’s Javelin F64 category. His best throw of 68.55m sealed India’s second gold medal of the Paralympics 2021 after para-shooter Avani Lekhara started the gold rush for the nation earlier in the day.

As Sumit Antil left everybody trailing in his wake, here are five things you need to know about the champion javelin thrower.

Our athletes continue to shine at the #Paralympics! The nation is proud of Sumit Antil’s record-breaking performance in the Paralympics.
Congratulations Sumit for winning the prestigious Gold medal. Wishing you all the best for the future.

#1 Sumit is a wrestler-turned-javelin thrower

Before Sumit started hurling the javelin to world record distances, he was training in a different sport in the village of Khewda in Sonipat. A huge fan of London Olympic bronze medalist Yogeshwar Dutt, Sumit Antil used to consider the champion wrestler his idol and wanted to build a career like him on the mat.

Regarding his admiration for Dutt, Antil told TimesofIndia.com in an earlier interview:

“Yogeshwar Dutt was my inspiration in wrestling. I always watched his videos and bouts and learned from those. Such a talented and brave wrestler he is.”

#2 A bike accident changed his life when he was 17

It was a bike accident in 2015 that changed Sumit Antil’s life when he was just a 17-year-old. Having finished his wrestling training for the day, the youngster went out on his bike. He was hit by a tractor from behind following which he fell on the road due to the impact. The tractor couldn’t apply the brakes on time and ran over his left leg.

Sumit’s parents took him to the hospital where the doctors decided to amputate the leg as it was badly injured. It was a tough pill to swallow for both the family and the young boy of 17 who knew his wrestling dream would never materialize.

#3 A meeting with Dhankar changed the course of his life

No matter how heartbroken he was, the young Sumit Antil didn’t want to wallow in his self-pity. Antil took a three-year break to focus on his studies on completion of which he decided to continue his association with sports even though the path was now unimaginably more difficult.

He met the 2018 Asian Para Games silver medalist shot-put specialist Virender Dhankar with the hope that the latter would provide him with some guidance in the field of athletics. Dhankar introduced him to the Athletics Federation of India (AFI)’s javelin coach Naval Singh in Delhi.

The 6’2” Sumit Antil’s height and physique impressed the coach and it was upon his advice he took up javelin throw. It was initially difficult for the young boy to give up wrestling and turn to a new sport but his determination and dedication soon helped him excel even in javelin throw.

Sumit made rapid strides in the sport. Having taken up the sport in 2018, Sumit Antil booked his place in the Paralympics for the very first time with a silver medal at the World Para-Athletics Championships in 2019.

#5 Sumit Antil has a penchant for breaking world records

Breaking world records is like child’s play for the 23-year-old para javelin thrower. He already smashed the world record twice before heading to the Tokyo Paralympics.

Having set a world record of 66.43m at the Patiala leg of the Indian Grand Prix earlier in the year, he bettered his own record with a scintillating 66.90m throw at the 19th Para-Athletics Championships.

At the Tokyo Paralympics 2021, Antil broke his own record yet again with a brilliant 66.95m throw in his first attempt. He then bettered it again with a wondrous 68.08m throw which he broke once more with a fabulous 68.55m throw that sealed the gold for him.