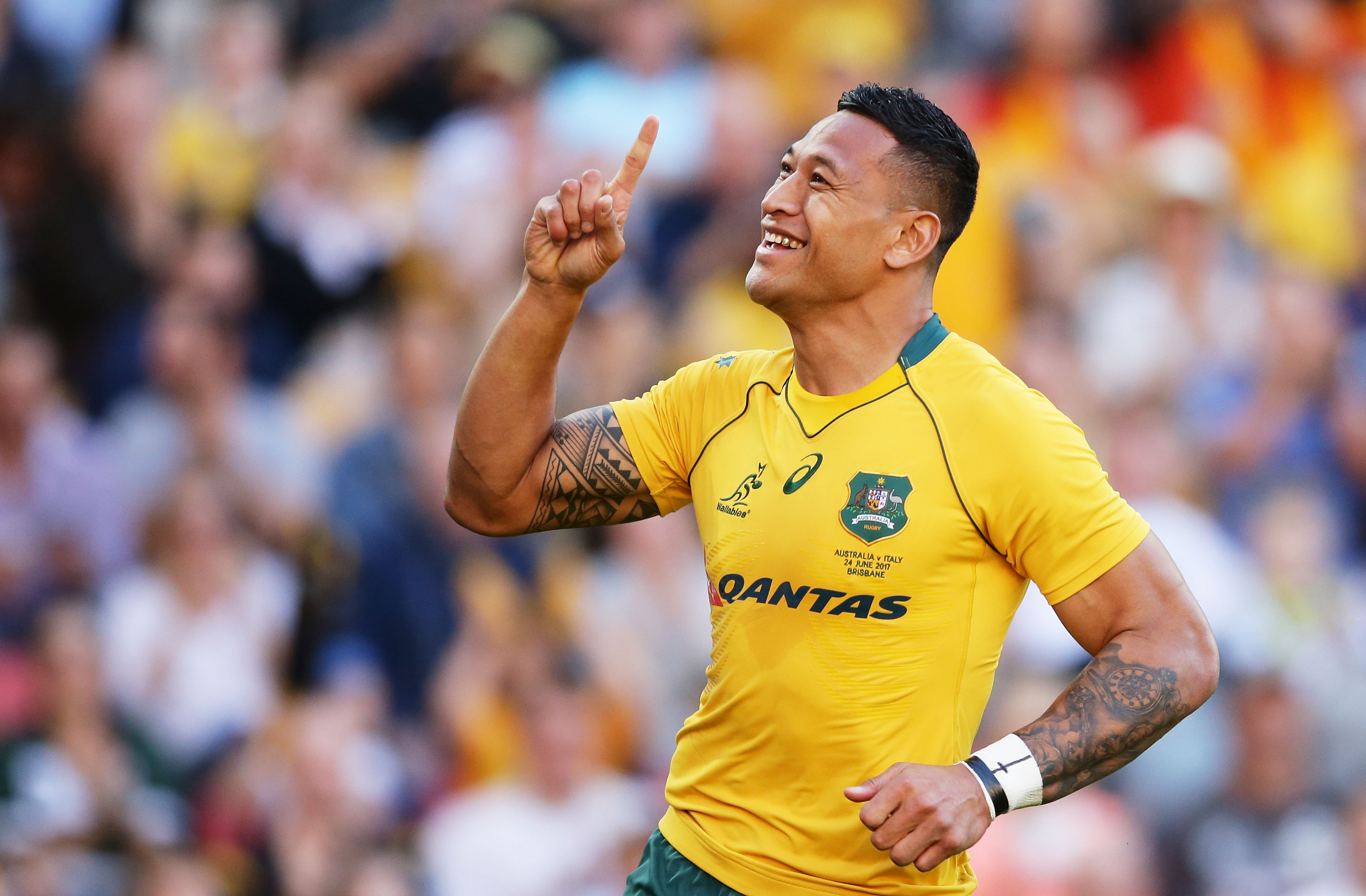 If new changes to eligibility laws are given the green light by World Rugby later this month, Israel Folau could line up for Tonga at the 2023 Rugby World Cup.

The World Rugby Council will decide whether players can play for more than one country, potentially paving the way for the former Wallaby to play for the Pacific island nation.

Under the rules currently in place, if a player has already represented one nation, he cannot player for another, even if they were born there.

However, World Rugby will vote on a “proposal to allow players to switch nations after a stand-down period of potentially three years,” The UK Telegraph reports.

The rule only applies to players wanting to play for their country of birth. The rule change could spark mass selection pools for Tonga, Fiji and Samoa, among players who have played for Australia and the All Blacks in the past.

“This would be a game-changer if we can get some of those players back,” Peter Harding, chief executive of the Tongan Rugby Union, told the The Telegraph.

“How many Tongans have gone overseas, get paid to sit out for a couple of years and then represent another country through the residency rule?

“That would be a sensible way of not even levelling the ledger but just giving us a chance. We can’t compete with other countries with the resources they can throw around. We are a country with 100,000 people so getting a little bit of help in competing is not too much to ask.”

While a rule change is unlikely, Folau would theoretically be allowed to play for Tonga, since he last featured for the Wallabies in November 2018 before being sacked by Rugby Australia over a controversial social media post.

World Rugby will vote on the rule change on November 24.