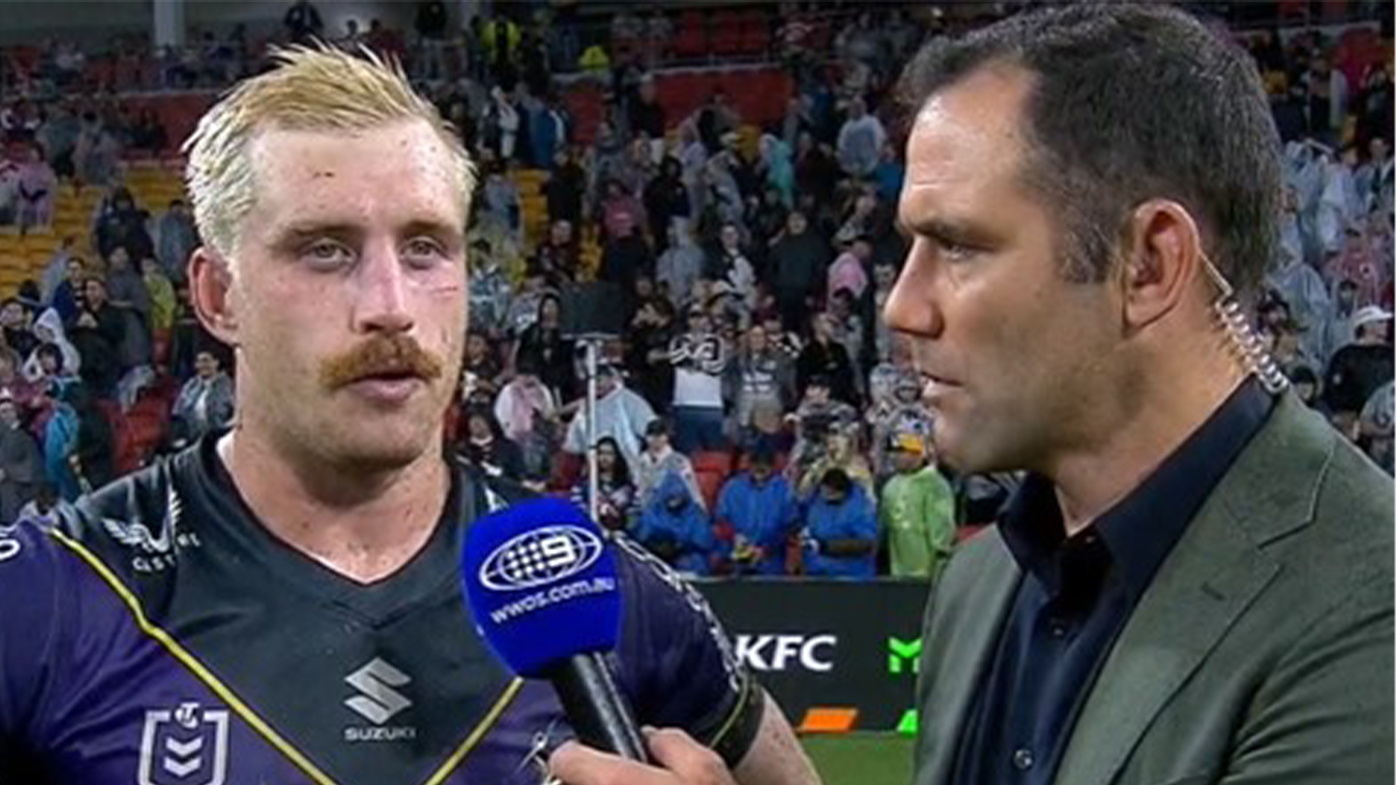 Superstar Melbourne five-eighth Cameron Munster made a grim admission moments after the heavy loss to Penrith, saying the Storm "looked like an under-12s team".

The Storm was without megastar fullback Ryan Papenhuyzen and gun halfback Jahrome Hughes, but Munster didn't make excuses after the 32-6 loss to the reigning premiers.

"Didn't really care who we had out. Still had a good enough team to give the Panthers a shake.

"We have to go back to the drawing board and play a lot better against the Cowboys, otherwise it'll be the same result.

"Pretty disappointing result, and my performance, as well."

When the Storm hit back through a Nick Meaney try in the 18th minute, the hopes of Melbourne fans were renewed.

But what followed was relentless Penrith attack and little Melbourne resolve.

"We kept getting into the pressure kind of footy we wanted to play, but we just kept giving them piggybacks and letting them out of their own end," Munster said.

"We were poor. We looked like an under-12s team.

"We need to go back to the drawing board.