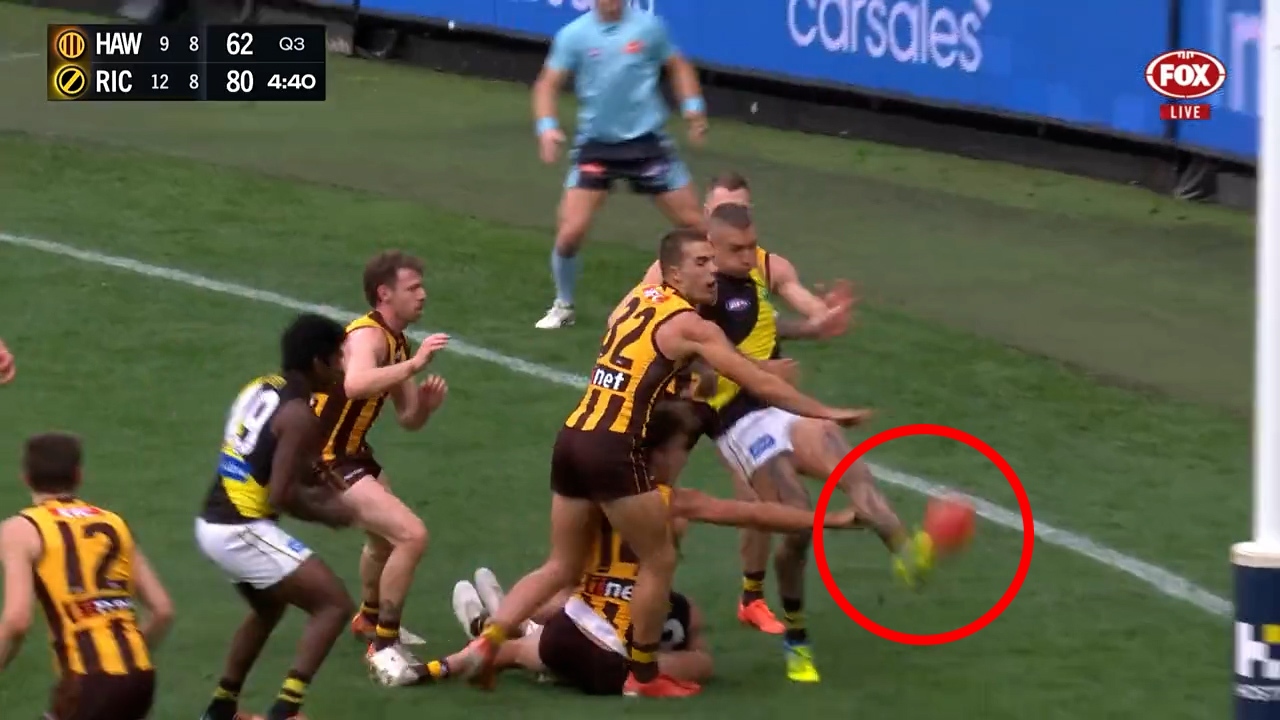 Dustin Martin has scored a goal of the year contender, squeezing the Sherrin through the sticks from the most acute of angles during the Tigers' 23-point win over the Hawks.

In his second match back since returning from personal leave, Martin starred with three goals from 20 disposals, while dazzling the MCG crowd with some exceptional scoring opportunities.

In the third term, the Brownlow medallist kept his feet while emerging from a pack to score from an unthinkable angle, putting his side back out to a three-goal lead. 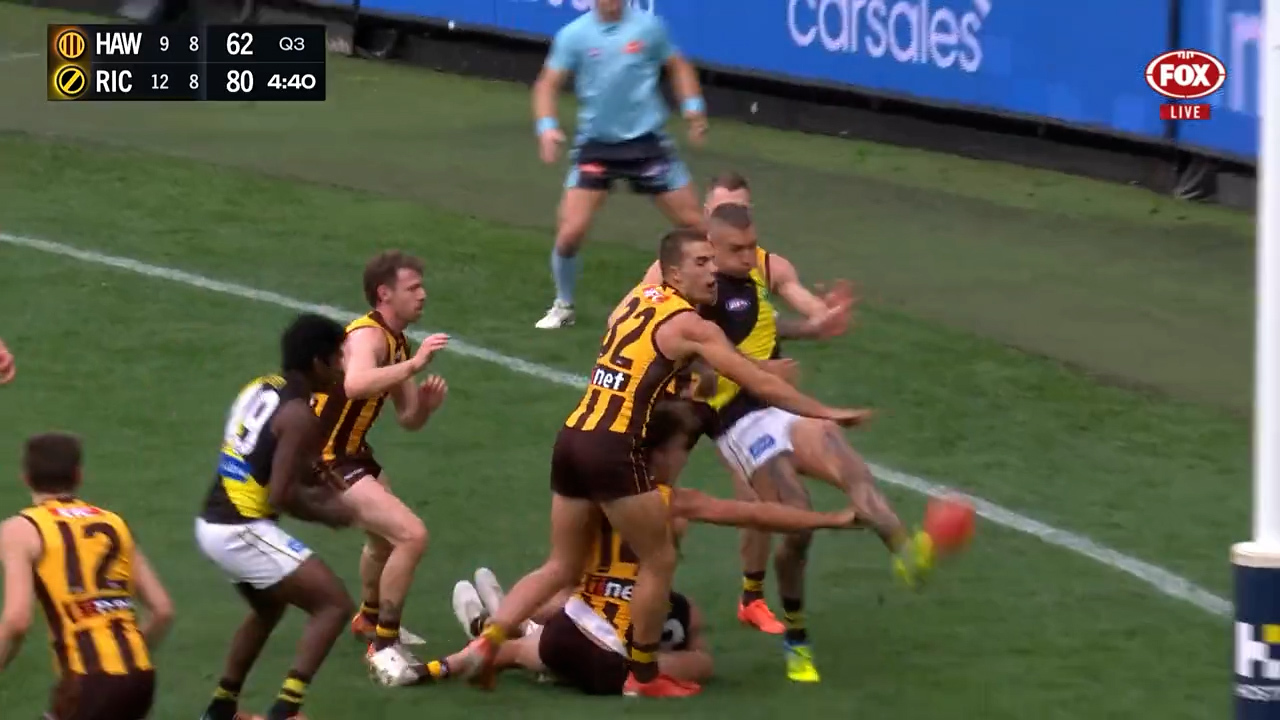 "Dustin Martin from nowhere. One of the goals of the year," Mark Howard said in commentary for Fox Footy.

Earlier in the quarter, Martin also attempt an outrageous banana after weaving through traffic, which if successful, was the only thing that could have rivalled the pack goal.

Richmond held off the fast-finishing Hawthorn side to record its third straight win, while the Hawks were handed their fourth loss on the trot.

Both sides wrestled for control in the first half before the Tigers took charge after the main break, converting four goals from forward half intercepts.

As the margin reached a game-high 35-points midway through the final quarter, the Hawks strung together a remarkable sequence, kicking four goals in 10 minutes to reduce the margin to under two straight kicks with just under three minutes left on the clock.

But it wasn't enough as the Tigers soon struck back.

Adding to the Hawks' pain, star forward Jack Gunston had to be subbed out with an ankle injury after landing awkwardly on the stroke of quarter time.