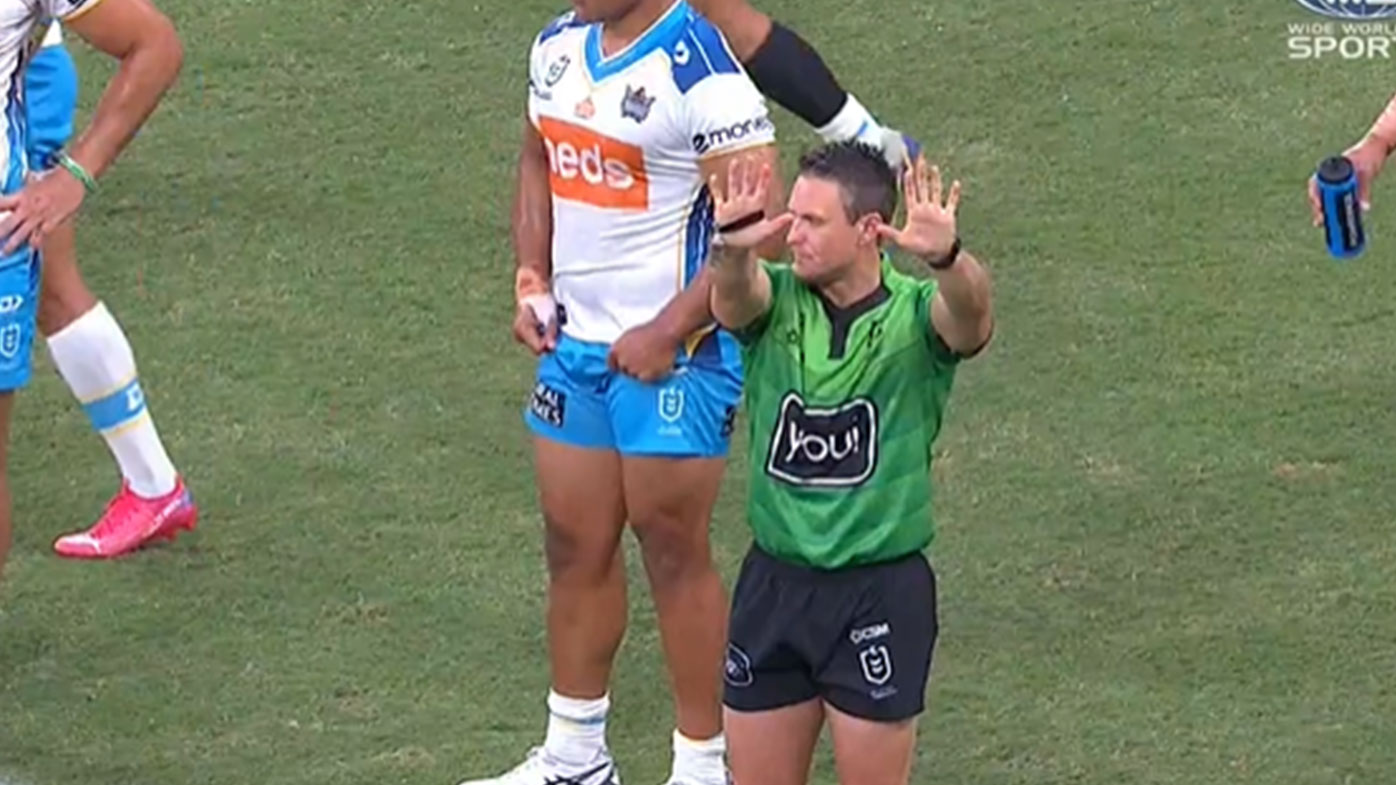 The Roosters will play against 12 men after Tyrone Peachey was sin-binned for a professional foul.

Peachey was deemed to have played the man rather than the ball while Roosters forward Victor Radley was attempting to pounce on a grubber sent into the in-goal.

“Due to the proximity of Jayden Campbell it can’t be confident a try would have been scored, however, there is a professional foul,” said the video review official.

The Roosters opted for the penalty goal to take a two-point lead. 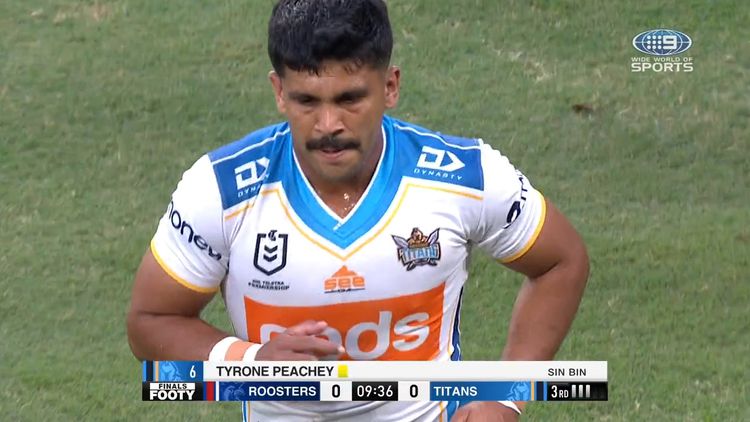