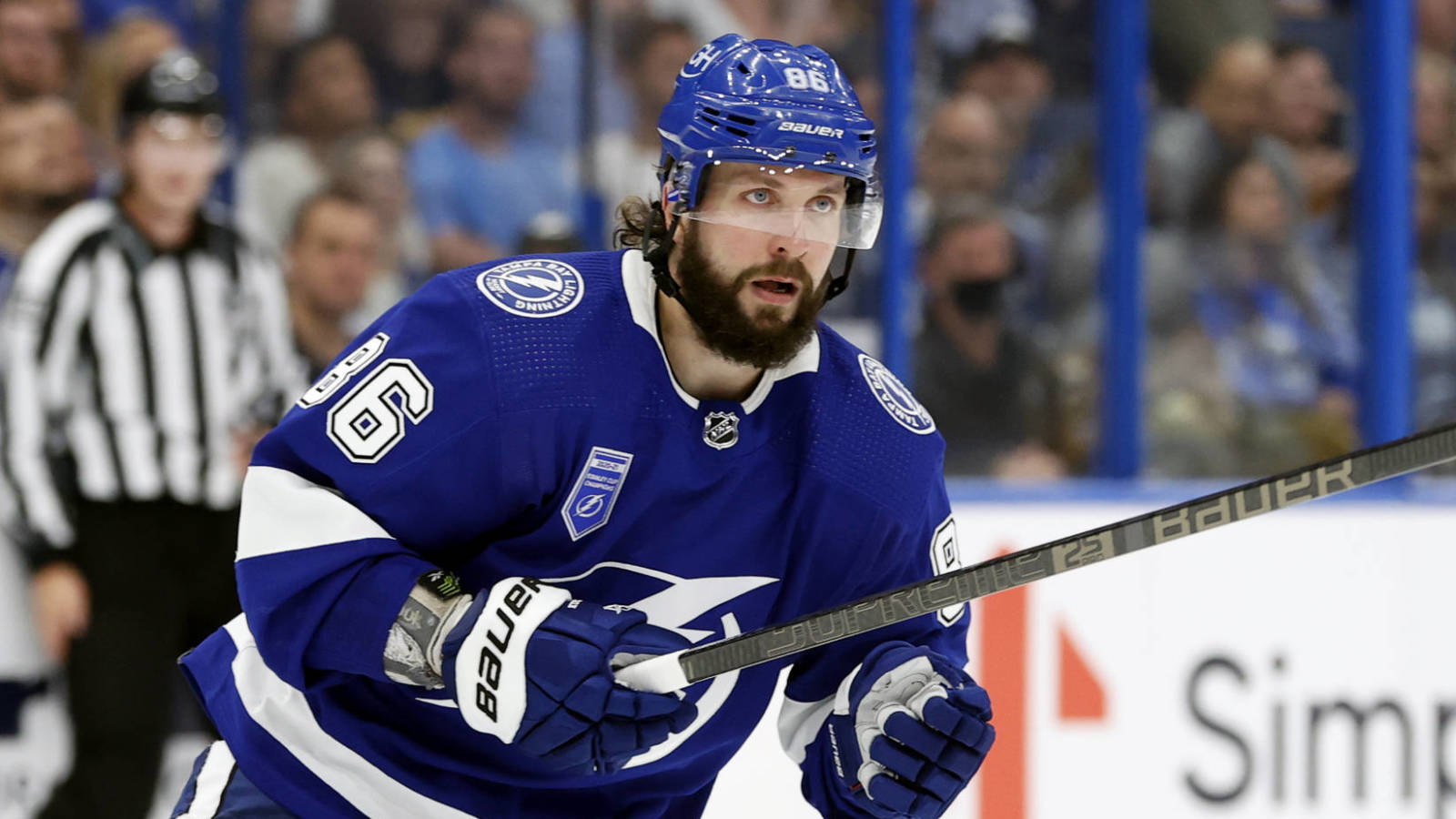 The Tampa Bay Lightning announced Wednesday that star winger Nikita Kucherov will miss eight to 10 weeks after undergoing surgery on Tuesday for an unspecified lower-body injury.

Kucherov, 28, has not played since sustaining a mid-game injury against the Washington Capitals on Oct. 16. He had registered four points (1 goal, 3 assists) in three games before being injured.

This isn’t the first time the Bolts have been without the dynamic Russian winger for a long stretch of time. Kucherov missed the entire shortened 2021 regular season after having hip surgery in December 2020, not returning until the start of the playoffs. He then led the league in postseason scoring with 32 points as Tampa Bay went on to win its second consecutive Stanley Cup.

As The Athletic’s Joe Smith points out, the two-month recovery window puts Kucherov’s return around the start of the new calendar year.

Chelena Goldman grew up on a street where the boys played street hockey and yelling at baseball and football over the radio was a standard — making life as a sports geek the perfect fit. She believes in dominance on the blue line, good red wine, and the theory that you can never be too overdressed for any occasion. You can find her gabbing away on Twitter at @ChelenaGoldman.