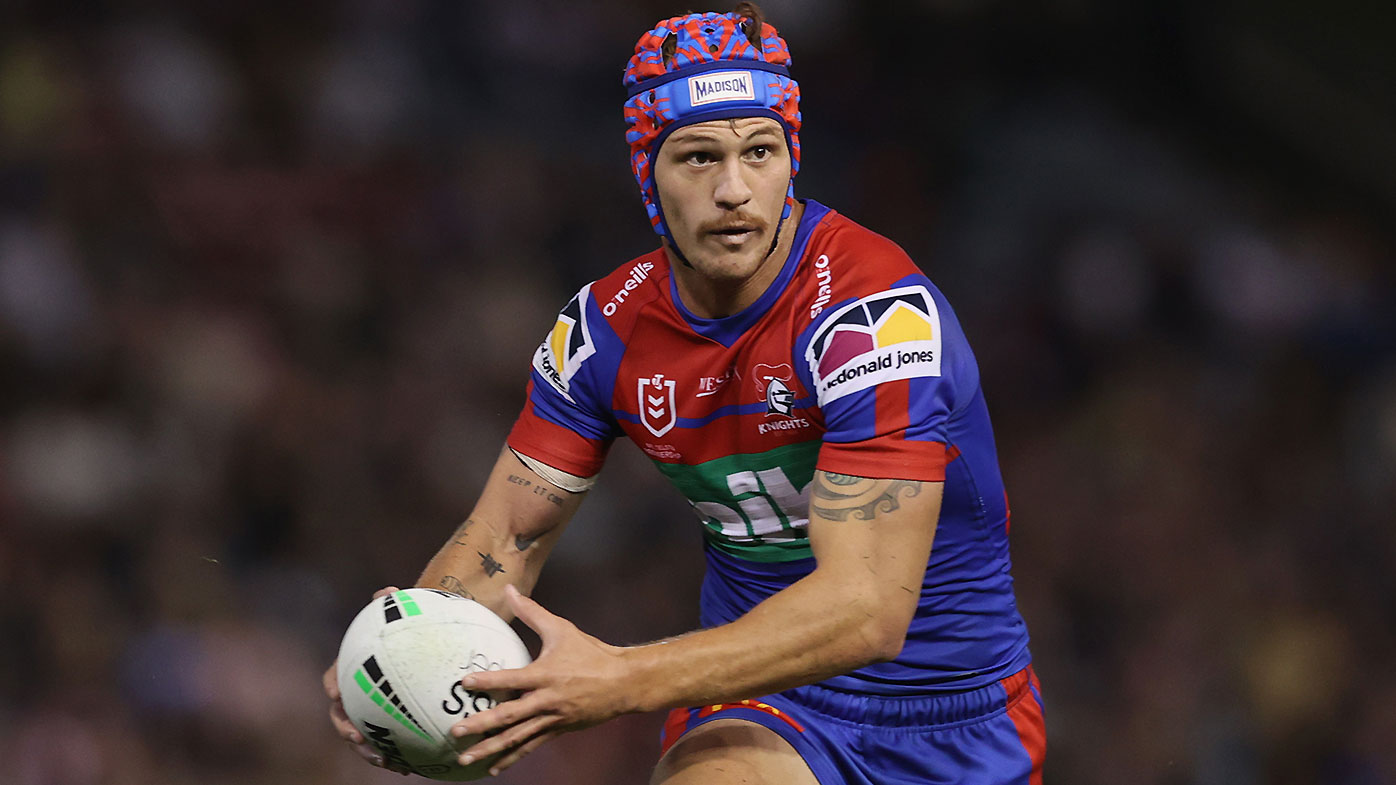 Knights icon Andrew Johns says it is time for his beloved side to make Kalyn Ponga the club’s full-time captain, urging Newcastle to ditch its “leadership group”.

Newcastle opted for co-captains this season, with Daniel Saifiti and Jayden Brailey sharing the role after Mitchell Pearce’s sudden resignation in January.

Saifiti and Brailey were joined by three teammates: Ponga, Mitch Barnett and Blake Green to form a five-man “leadership group”.

Johns, a two-time premiership winner with Newcastle, said it was time for the Knights to make their best player the club’s sole captain.

“For me, Kalyn’s the captain,” he told Wide World of Sports. “He’s the most high-profile guy.”

“I understand this year in meetings he was a lot more vocal. He’s marketable for the club, nine out of 10 kids say Kalyn’s their favourite Knights player, so moving forward he should captain.”

Johns also urged the club to ditch its “leadership group”, suggesting that it can lead to confusion and mixed messaging at times.

“I’m old-school. I want one coach [and] I want one message from the coach,” he said. “I don’t need three or four coaches telling me what to do.”

“One coach giving a simple message of what I have to do. And I need one captain leading the team.

“I understand it’s come [in] over the past couple of years, I think it’s originally from the AFL, but at the end of the day the coach is the boss, what he decides is gospel [and] you’ve got to follow it, and he needs to be backed up by his captain.

“You don’t need a group of five or six players talking absolute s–t in a room trying to justify the coach’s decision, the coach is the one with his head on the line under pressure.

“The coach’s decision, whether it’s right or wrong, is in concrete and you have to follow it.”

The highest-paid NRL players of the 2021 finals series