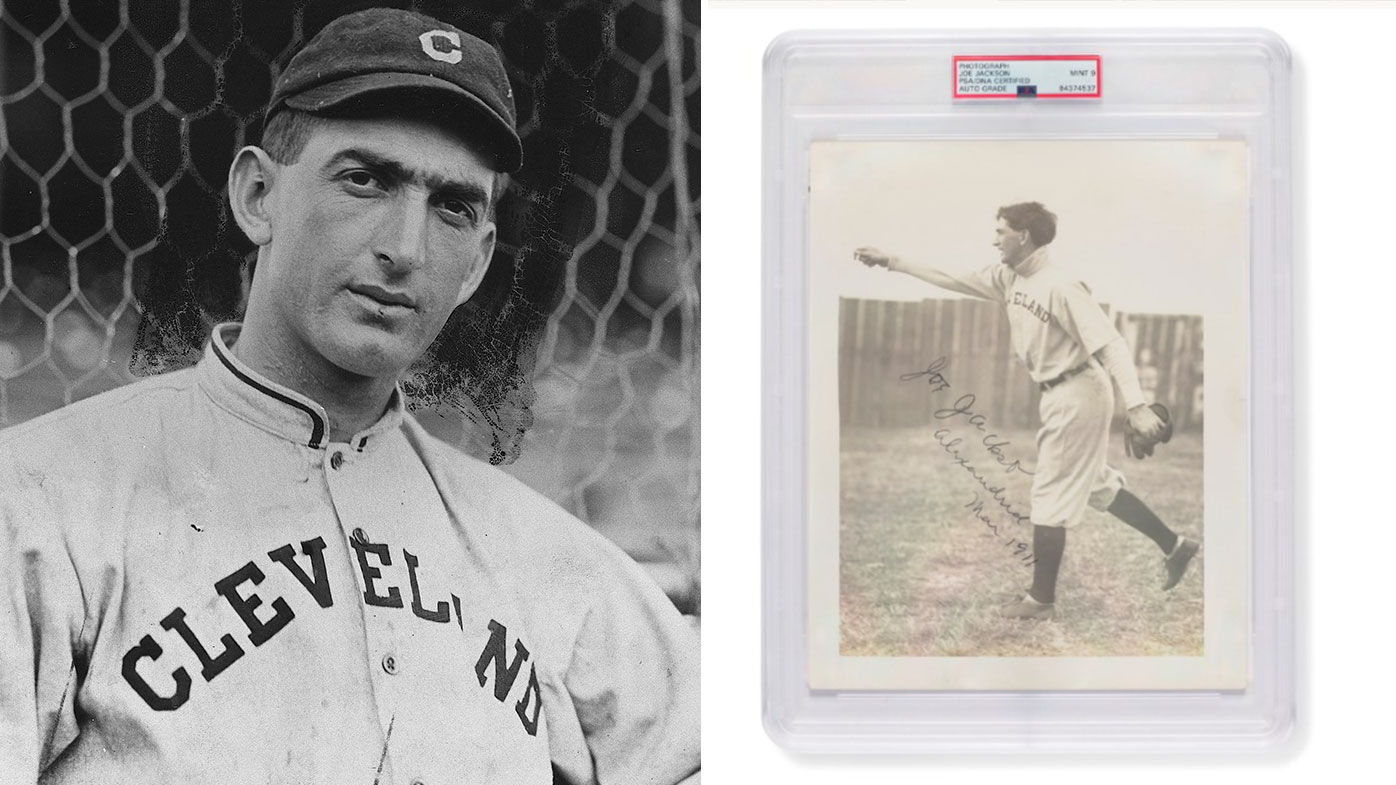 A 1911 “Shoeless” Joe Jackson autographed photograph by Frank W. Smith sold for $2.01 million, the most ever paid for a signed sports photograph.

Jackson’s baseball career is well documented. He is well known for his involvement in the Black Sox Scandal, in which eight members of the White Sox were accused of throwing the 1919 World Series against the Cincinnati Reds.

While Jackson’s guilt has been debated over the years, he was banned after the 1920 season.

He’s currently ineligible for the National Baseball Hall of Fame as a result of the scandal.

The autograph is extra special, with Jackson known to be illiterate and a hard signature to grab.

The photo was offered by Christie’s and Hunt Auctions in New York in the auction Extra Innings: A Private Collection of Important Baseball Memorabilia.