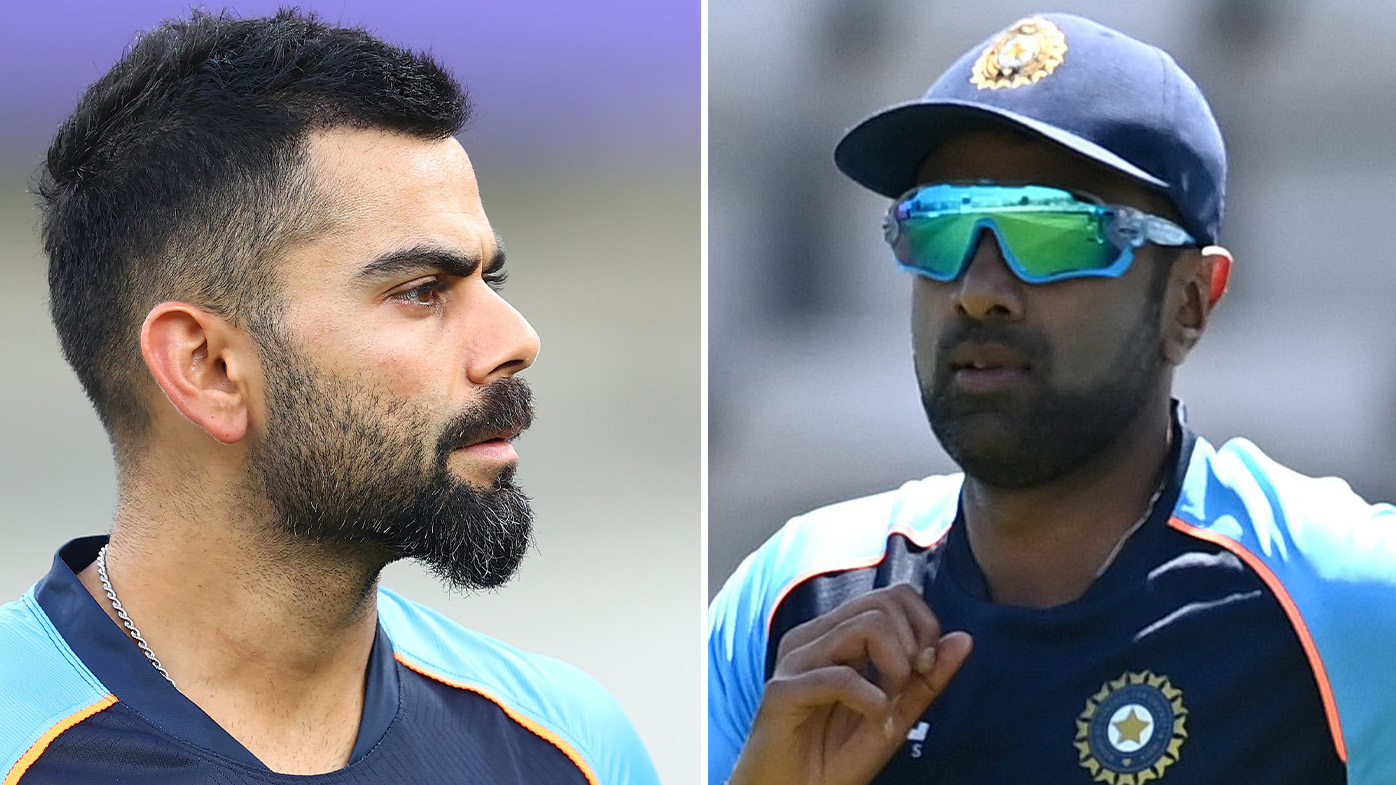 The feud bubbling away between India captain Virat Kohli and veteran off-spinner Ravichandran Ashwin has led a former England cricketer to pose a burning question.

Former England batter Nick Compton, who played 16 Tests between 2012 and 2016, has weighed in on the icy relationship amid India’s ill-fated T20 World Cup campaign.

The long-time T20 powerhouse is on the brink of sensationally missing the World Cup semi-finals, following thumping defeats to Pakistan and New Zealand.

While Ashwin is a member of India’s World Cup squad, the gun tweaker is yet to feature in the tournament.

The 35-year-old was also a staggering omission from all four Tests against England across August and September.

“I just don’t understand how Kohli’s prickly relationship with Ashwin is allowed to keep him out of India teams,” Compton posted on Twitter.

“Do you think captains should be allowed such autonomy?”

READ MORE: A look back at every Melbourne Cup winner since 2000

Kohli announced just days after the release of India’s World Cup squad that he would relinquish the captaincy in the shortest format of the game at the completion of the tournament.

Ashwin reportedly complained to the Board of Control of Cricket in India that Kohli had made him feel uncomfortable after the World Test Championship final loss to New Zealand in June.

It was reported that Ashwin told the BCCI that Kohli had accused him of not showing enough intent in the final, leading the BCCI to push the skipper into resigning.

The brilliant finger-spinner and handy lower-order batter won the 2016 ICC Cricketer of the Year award.

RAW viewership sees a slight dip from last week, ratings in key demo down too