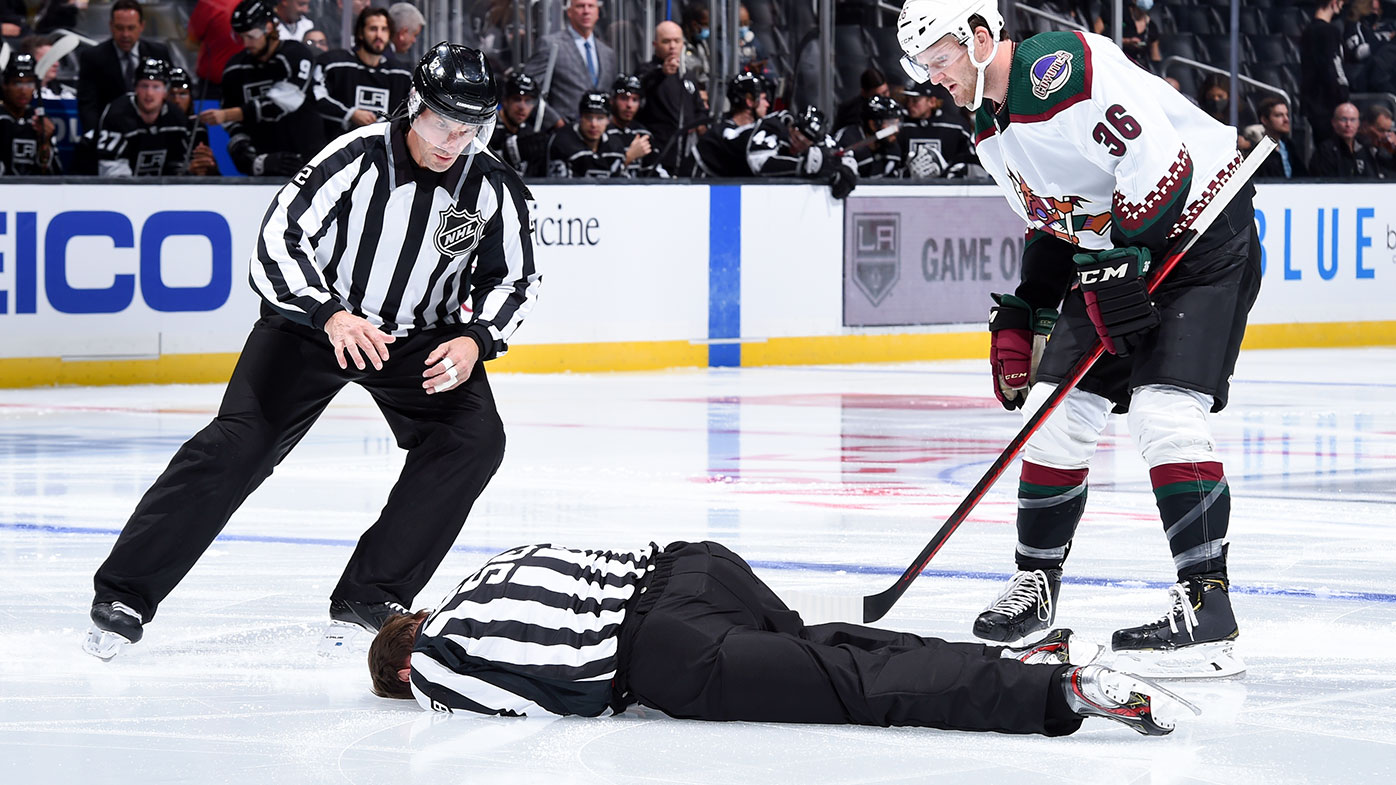 An NHL linesman was stretchered off the ice before play had started after colliding with Arizona Coyotes forward Liam O’Brien.

The match-up, in which the Coyotes defeated the LA Kings 4-1 in a pre-season clash, was marred by the injury to the linesman.

The NHL official appeared to cop an accidental shoulder to the head and was left on the ice for several minutes before medical staff took him away on a stretcher.

The game was delayed due to the incident.

According to The Athletic, the linesman was taken to a local medical centre in downtown Los Angeles where he was diagnosed with a concussion.

Gibbons is an experienced NHL linesman, who since starting in 2015 has been involved in 449 games across both regular season and playoffs.