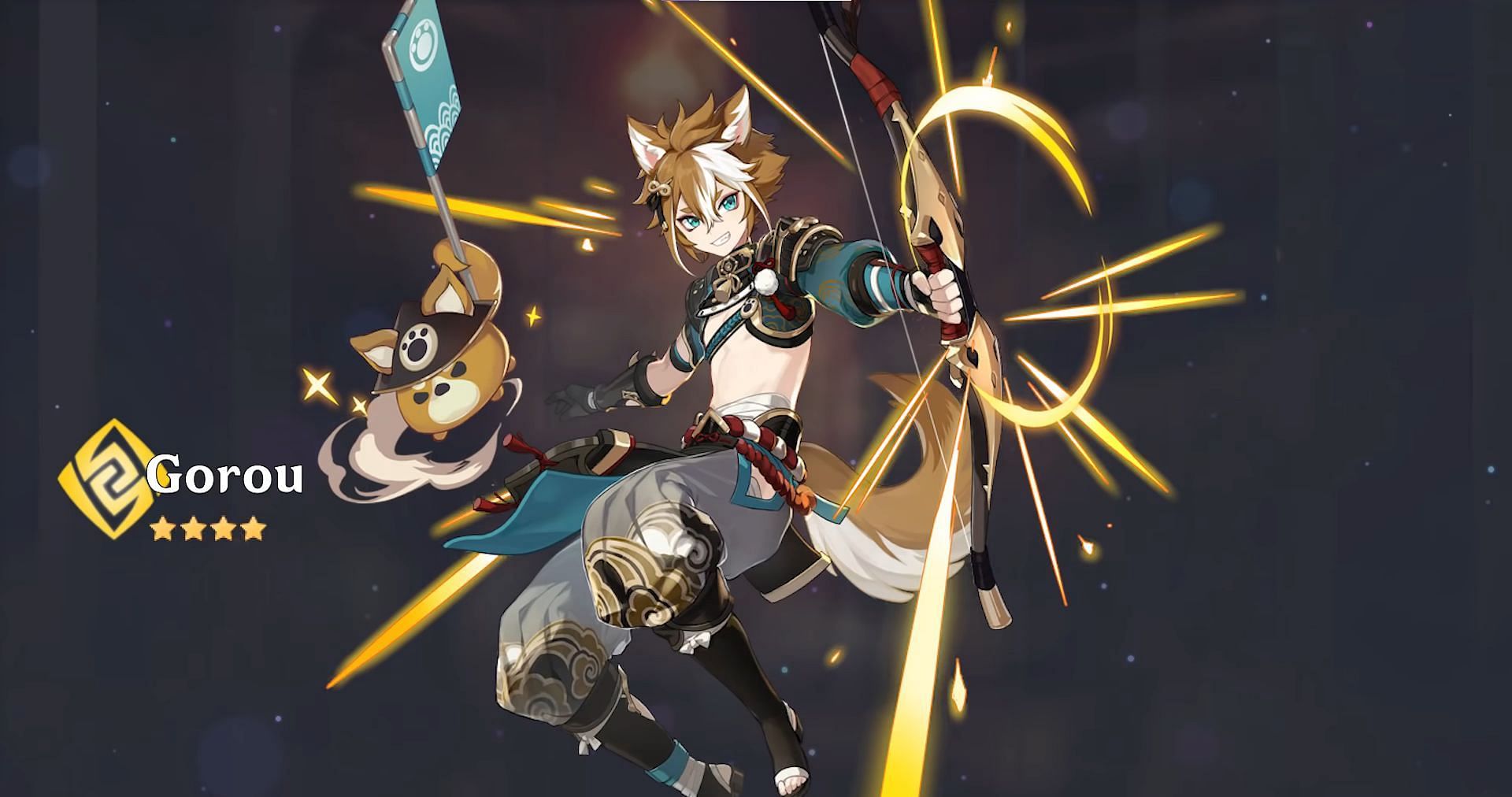 Genshin Impact 2.3 leaks have revealed a ton about Gorou and his gameplay, along with other important information like his release date, ascension materials and more. Fans of this Inazuman archer will want to learn about Gorou early so they can prepare materials for him and get their teams ready for him.

Gorou looks to be one of the best Geo supports to be added to Genshin Impact, with some amazing utility and skills, and players who mainly utilize Geo on their teams can’t overlook Gorou. Here’s the information known so far.

Gameplay of the new 4-star Geo Archer Gorou has been leaked early, and fans can see his gameplay in the above Tweet. The video shows off both his idle animations, along with his powerful Elemental Skill and Burst.

Gorou can provide a ton of useful buffs to his team with his abilities, especially if he has Geo teammates. Gorou’s buffs actually increase in power with each Geo teammate he has, meaning a team with four Geo characters on it is a great idea with Gorou.

Gorou’s skill and burst allow for him to protect and amp up the damage of his Geo teammates, making him the ideal choice to pair with characters like Noelle or Arataki Itto. Fans who plan to summon for Itto will be happy to get Gorou as they build towards the powerful Oni.

Players can now begin farming for Gorou as all of his required materials are already available in-game. Fans will need to collect plenty of Light Talent books, along with Specter drops. Gorou will also need Perpetual Hearts from the Perpetual Mechanical Array, along with Prithiva Topaz gems.

Finally, Gorou will need Sango Pearls which can be found throughout Watatsumi Island. Those who intend on using Gorou in their parties will want to take advantage of this headstart and grab these materials early.

Gorou ‧ Canine Warrior
General of the Watatsumi ArmyA loyal and brave general of Watatsumi island. Born with a beast-like fighting intuition and tenacious will, he can find a way to victory even in the most critical moments.#GenshinImpact

Gorou ‧ Canine Warrior
General of the Watatsumi ArmyA loyal and brave general of Watatsumi island. Born with a beast-like fighting intuition and tenacious will, he can find a way to victory even in the most critical moments.

Gorou is expected to launch during the second half of the 2.3 update, which puts his release around December. Fans will definitely want to make sure they stay tuned to Genshin Impact’s official accounts, and here for any new information on release dates and more.

As Genshin Impact 2.3 is still in beta, it is very subject to change, and anything can happen between now and the official release.

Gorou looks to be one of Genshin Impact’s best Geo supports, and fans won’t want to miss out on him when he releases in update 2.3.