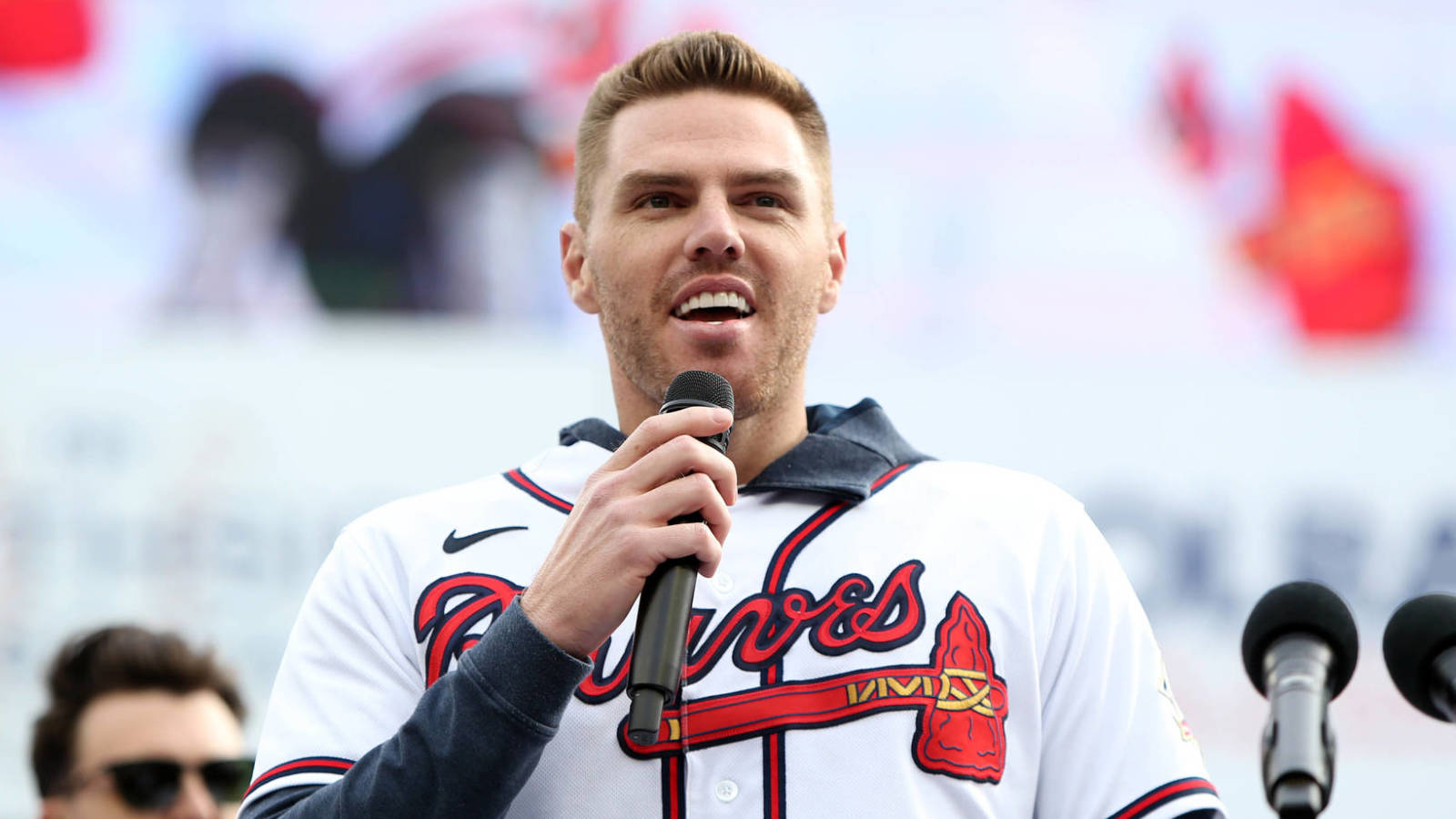 Though the consensus around the game remains that a reunion between Freddie Freeman and the Braves is something of a fait accompli, Jon Heyman of MLB Network reports that two sides are still hung up on the length of the deal. USA Today’s Bob Nightengale had previously reported that the 2020 NL MVP had already rejected the Braves’ best offer ($135M over five years), though it’s unclear if that’s the same offer the club had made when Heyman reported a “gap” between the two sides in September.

Freeman, who has played the entirety of his twelve-year big-league career in Atlanta, is reportedly looking for a deal that would pay him something closer to $200M over six years. Whether or not the Braves have bumped up their dollar offer is unclear, but the first baseman, who cemented his place in the annals of Braves history during the club’s 2021 World Series run, appears set on receiving a deal that would take him through at least his age-37 season. It’s quite clear that a carbon-copy of the five-year, $130M deal Paul Goldschmidt signed with the Cardinals ahead of the 2019 season won’t get it done. MLBTR projects that Freeman will ultimately sign for six years and $180M.

Braves GM Alex Anthopoulos has already confirmed the club will run a higher payroll in 2022. To keep Freeman around, they’ll have to; following yesterday’s signing of Manny Piña, Cot’s Baseball Contracts estimates (including arbitration salary projections) that the Braves have already committed just shy of $133M to their 2022 roster. This figure could decrease with a suspension of Marcell Ozuna (who’s slated to earn $16M next year) or if the club chooses to non-tender a few of its arbitration-eligible players (Johan Camargo, Sean Newcomb, and Orlando Arcia are all non-tender candidates), but not by enough to accommodate the roughly $30M Freeman will command on an annual basis without a significant payroll bump.

Beyond Freeman’s importance as the face of the franchise (a role he inherited from Chipper Jones), his career numbers justify a significant investment. Since debuting as a September call-up in 2010, Freeman has put together the numbers of a likely future Hall of Famer, compiling a .295/.384/.509 career slash-line while mashing 271 homers. His best year came in the abbreviated 2020 season, when he put together a monstrous .341/.462/.640 line across 60 games and won his first career MVP. A pillar of consistency, Freeman hasn’t posted an OPS+ below 132 since 2012 (his age-22 season) and has played in at least 147 games in all but two of his eleven full seasons. He’s not yet shown any signs of regression, as he followed up his MVP year with a .300/.393/.503 line (basically identical to his career marks) and an OPS north of 1.000 in the playoffs.

Among the many interesting wrinkles in the surprisingly drawn-out process of a reigning World Champion attempting to hold on to its best player is the Braves’ ownership structure. Because Liberty Media, the club’s owner since a complicated stock swap deal with Time Warner in 2007, is a publicly traded company, it must disclose a detailed account of its earnings on a quarterly basis, giving fans and followers of the industry a unique look into the team’s internal financial workings. Maury Brown of Forbes reports that the club posted baseball-related revenues of $222M in the third quarter of 2021 (roughly the second half of the season) alone.

Heyman reported yesterday that the Yankees, who beat the Braves in both the ’96 and ’99 Fall Classics, have at least kicked the tires on Freeman — a development likely to send shivers down the spines of Braves fans. Though hardly surprising — every team with money and a need at first base is likely to at least check in — the news will only put further pressure on Anthopoulos to re-sign his team’s most consistent and recognizable player. Travis d’Arnaud, Ozzie Albies, and Atlanta-area native Dansby Swanson (an infant when the Braves last won a title) have already joined the chorus of fans demanding a speedy deal, calling on club management to “re-sign Freddie” during their speeches at Truist Park following the team’s championship parade.

Even if the Braves do wrap up a deal to keep Freeman in Atlanta into his elder years, Anthopoulos’ offseason business is unlikely to be done. Three of the four outfielders the club acquired in July (Joc Pederson, NLCS MVP Eddie Rosario, and World Series MVP Jorge Soler) are also free agents, and the fourth (Adam Duvall) is arbitration-eligible after turning down his half of a $7M mutual option. With Ozuna’s future in Atlanta uncertain, Ronald Acuña Jr. still recovering from a major knee injury, and top prospect Cristian Pache a major question mark with the bat, the reigning champ’s outfield situation remains up in the air. They may also wish to add a veteran starter to a mix that includes Max Fried, Ian Anderson, Charlie Morton, and a stable of promising-but-unproven arms (including Huascar Ynoa, Kyle Wright, Tucker Davidson, Kyle Muller, and Touki Toussaint) with mixed records in the big leagues.