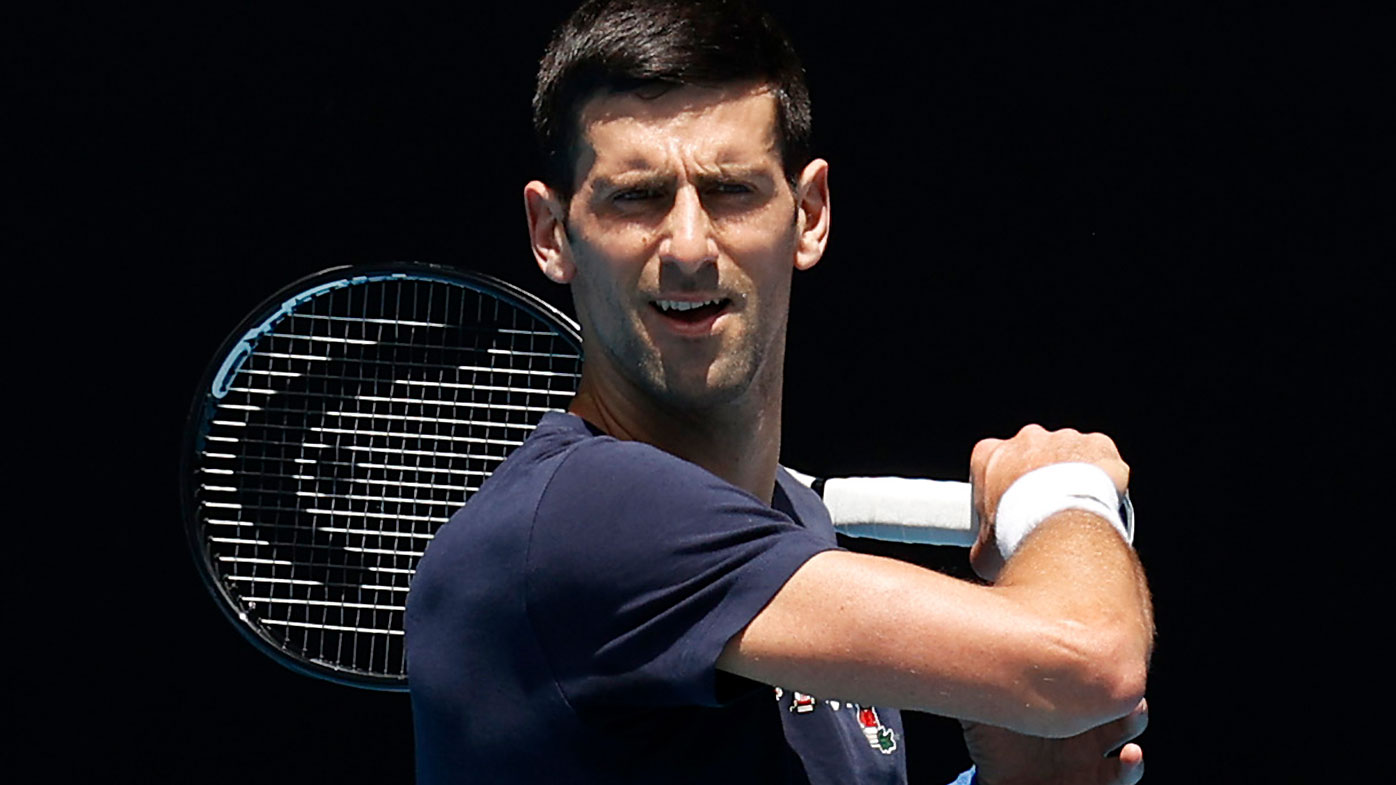 One of Novak Djokovic's former aides has backed the world No.1 to deal with the adversity that could come his way, should be allowed to partake in the Australian Open.

Djokovic's camp is sweating on the decision from Immigration minister Alex Hawke on whether his visa is cancelled, with the call expected to come on Thursday.

According to The Age, the Department of Home Affairs' investigation into the reigning Australian Open champion has been widened to include his breach of isolation in Serbia as well as incorrect statements on his travel entry form and inconsistencies surrounding the date of his PCR test.

However, despite the cards being stacked against the 34-year-old, Craig O'Shannessy, who has worked with Djokovic as a strategy and tactical analyst, thinks he could thrive.

"[The backlash] is not going to be new to him," he told Reuters.

"But even though he has the mental experience and toughness, this has the potential to be at a level, maybe, that we have not seen in tennis." The Australian, who now works with compatriot Alex Popyrin, said "no person on the planet" had been booed on the tennis court more than Djokovic.

"He has talked about in the past, that when the crowd is chanting 'Roger', in his mind he changes the word 'Roger' to 'Novak' and thrives on it," O'Shannessy said.

Djokovic has had a number of hits on Rod Laver Arena since being freed from detention this week, and O'Shannessy expects a steady build in his training intensity.

"He needs to take a couple of days to build back his consistency, shot tolerance, timing and movement," he said.

"(He will) tick all those boxes first with light hitting, then start ramping up the power and footwork with practice sets to build a strong base towards being raring to go in the first round."