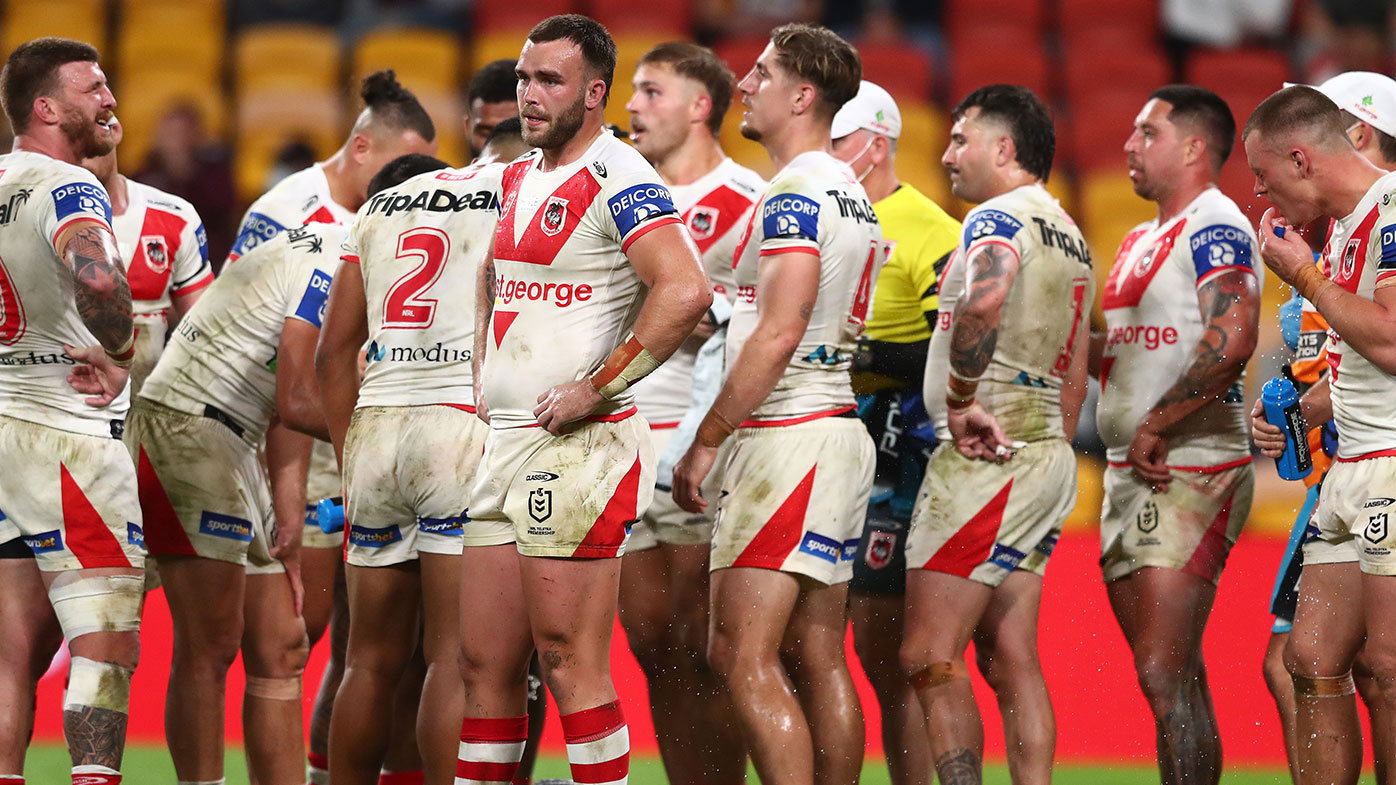 St George Illawarra’s season is officially on life support after going down to Penrith 34-16 tonight at Suncorp Stadium.

Needing a win to squeeze into the top eight, the Dragons dominated the opening 15 minutes of the game by owning 73 per cent of possession as Penrith struggled to hold on to the ball with three early errors.

But despite the early dominance, the Dragons couldn’t find a way to score as Penrith winger Brent Naden produced a moment of individual brilliance to flip the momentum by picking off a Corey Norman cut-out pass to go on a 90-metre run for the opening try.

The Dragons did find a way to respond only minutes later through Mikaele Ravalawa, but Penrith answered with back-to-back tries to end the half on a run and take a commanding lead they would not relinquish for the remainder of the contest.

St George Illawarra’s inability to keep up with the Panthers led to some stinging criticism from Fox League commentator Andrew Voss, who suggested the club’s recent run of poor form has been the result of the infamous illegal house party hosted by former player Paul Vaughan, in which 12 current players were hit with fines and suspension.

“I hate to say, but they haven’t won a game since the infamous barbeque,” Andrew Voss said in commentary for Fox League.

“The season derail will be the perception of many, from challenger to absolute pretender.”

Heading into tonight’s clash, the Dragons were placed in the 11th spot on the NRL ladder sitting one win outside of the top eight.

And in another positive for Penrith, star playmaker Nathan Cleary, who played his first game for Penrith since Round 15, made it through unscathed after returning from a shoulder injury.

“It’s (shoulder) a bit sore, but it feels really good. Good confidence just to get out there, the boys looked after me,” Cleary told Fox League after the game

“I’m grateful to be back, it was very scrappy and not the game I or the team wanted to play, but it’s good to be back.

“It felt a lot better, it was more getting reps in at training. I thought I had done all the strength work I needed, which I was continuing to do this week.

“I made a few tackles with the right shoulder early on and it felt really good. It gave me confidence and from there I was in the game.”